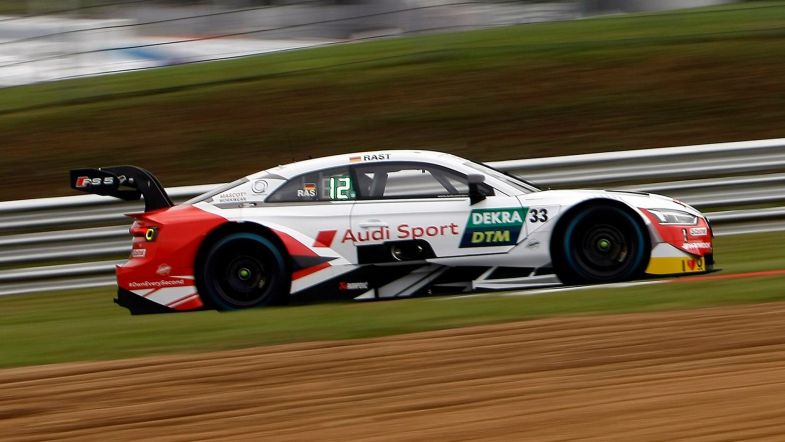 Team Rosberg driver René Rast headed eight Audis in the second qualifying session of the DTM weekend at Brands Hatch as title rival Marco Wittmann made a mistake on his last lap, only managing 12th place.

Rast secured the pole position with a lap time of 1:15.134, sharing the front row with Audi Sport Team Phoenix’s Loïc Duval, three-tenths behind.

Team Phoenix’s Mike Rockenfeller was fifth, with Team Abt Sportsline’s Nico Müller next, eight-tenths from pole.

WRT drivers Fittipaldi and Jonathan Aberdein completed the top eight for Audi Sport, with the South African 0.881 seconds behind Rast.

Team RMG’s Marco Wittmann, who had a perfect day taking full points on Saturday, had a difficult session today, making a mistake on his penultimate flying lap. Wittmann could only manage to be 12th, 1.162 seconds behind Rast.

Rast said after the session: “I’m more than happy. I had a good feeling this morning, the conditions were perfect for me. We made some adjustments and everything worked fine for me, big thanks to my crew.”