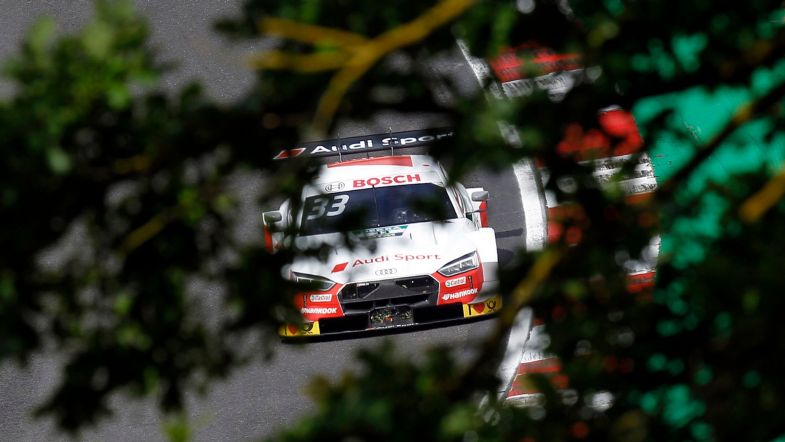 René Rast: “I hope for DTM there will be more tension in the end”

Rast claimed a superior pole position and then led the race without any issues to take his fourth victory of the season, heading a 1-2-3-4 for Audi.

Rast has 206 points after the race weekend in the UK, 37 more than Müller and a full 59 points over Wittmann with just three rounds to go this season.

“For us it’s positive,” said Rast after the race. “I hope for the DTM championship there will be more tension in the end.”

Rast believes Sunday’s result hinged on the qualifying performance: “I think pole position was key to our success today because our race pace wasn’t outstanding, was ok, but not outstanding. So for sure the pole position was very important and now I’m 37 points ahead in the championship, so yes, very positive.”

Rast’s and Audi’s domination indicates that the title battle might be decided before the season finale. But the Team Rosberg driver is still hoping for an exciting end.

“For Audi, it was truly a ‘Super Sunday’ today,” said the boss Audi Motorsport Dieter Gass. “It already started with the top eight spots in qualifying. In a situation like this, you always worry that you can only lose in the race. But everything went well. We’re in the middle of the title race, tried to help René and Nico as best we could and focused our strategy on Marco Wittmann.”

Audi leads the manufacturers’ championship on 710 points, with BMW Motorsport 284 points behind. Aston Martin has 44 points in their account.