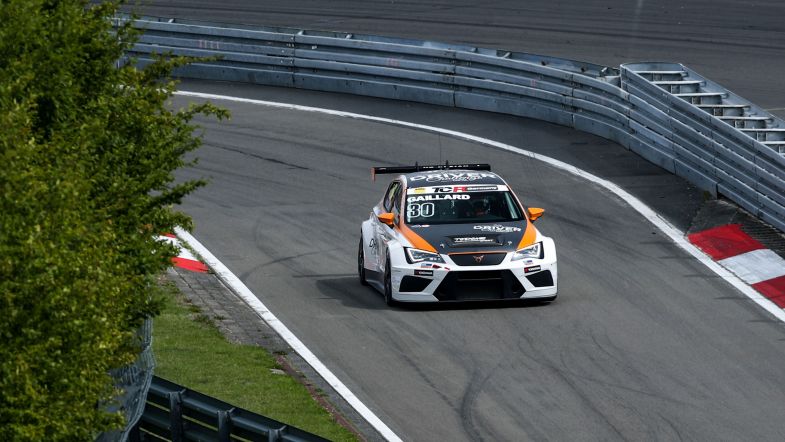 Car racing debutant Karen Gaillard believes she will take away plenty of lessons learned from a challenging career-first race in the TCR Germany championship at the Nürburgring.

The 18-year-old rookie earned her place in the field for this weekend’s two TCR Germany races thanks to the Cupra Young Driver Challenge initiative in her native Switzerland, from which she came out inside the top three.

She is driving a Cupra TCR entered by German/Swiss outfit Topcar Sport.

Gaillard, however, had a difficult maiden race at the Nürburgring on Saturday, spinning on the first lap before picking up two drive-through penalties: one for a jump start, and one for speeding in the pit lane as she came in to serve her original punishment.

She was ultimately lapped by race winner Thierry Neuville, but remains optimistic heading into Sunday’s Race 2 which she will start from 17th place.

“I did a lot of mistakes today and I learned from them,” Gaillard said. “I will not do them tomorrow. The spin on the first lap was [because] my rear tyres weren’t warm and the grip was not there.

“Then I went into the pit lane [to take the penalty] and I was a little bit too fast in the entry. My mistakes but I hope to do better tomorrow.”