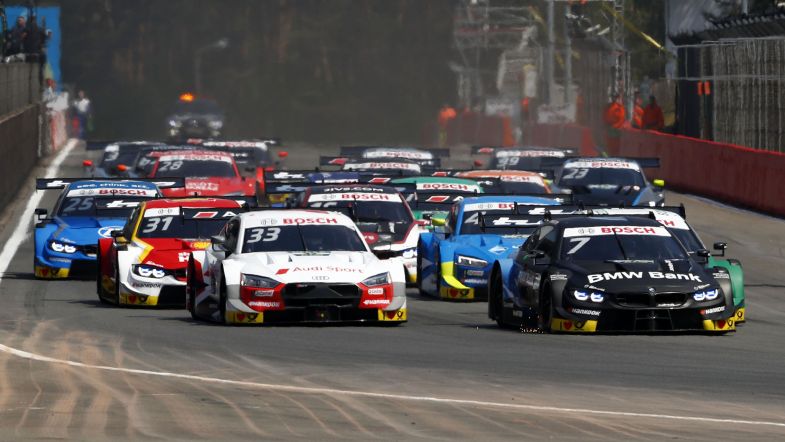 BMW working “very intensively” to add a customer team for 2020

BMW Motorsport is having “promising talks” to include a customer team for the 2020 DTM season according to Jens Marquardt, the head of BMW Motorsport.

The DTM opened the door for manufacturers to include customer teams to boost the grid size after Mercedes’ exit from the series at the end of the 2018 season, with Audi Sport securing WRT for their customer operation ahead of 2019, whilst BMW failed to find a suitable team.

Marquardt said: “We are working on it very intensively; we’ve always said that we are prepared to provide two cars. Obviously it has to be a private team and this private team has to be in a situation where their setup is sustained and it’s funded on their own.”

“Last year we had some discussions which looked promising at some stage, but then it came to a stage where we knew it would come down to a driver bringing some funding and it looked that for us, for R-Motorsport and for WRT, we were all chasing the same two or three people,” Marquardt added.

“So, at the end of the day, if you have six cockpits to fill, and have two or three targets, somehow the equation doesn’t really work out. So this is why we couldn’t get it to work last year.

BMW is currently in talks with “a few” teams ahead of 2020, but with no details released on the identity of them.

“The situation hasn’t changed from our side. We are in quite good talks with a few teams which have expressed interest and are working to get things together with one or two drivers who, working with sponsors, will get what it’s needed to sustain the team and get together a setup where we just provide the cars and the things to run,” said Marquardt.

“We’ve had good talks and I would say that, at this point, I see it as a really good chance, and we are pushing for it.”

Meanwhile, Audi Sport boss Dieter Gass confirmed that they are not working on expanding the number of customer teams for next year.

“We haven’t been looking for more customer teams, to be honest,” said Gass.

“We are still quite young with the one customer team and I’m happy with that. That doesn’t mean that, in the medium term, we won’t be open if someone comes with that discussion, but we haven’t currently been searching for this.”

R-Motorsport’s team principal Dr. Florian Kamelger also confirmed that they will not expand the number of Aston Martins on the grid for the coming season: “We could maybe expand our team in the future with one or two more cars, but it’s not in the pipeline for 2020.”