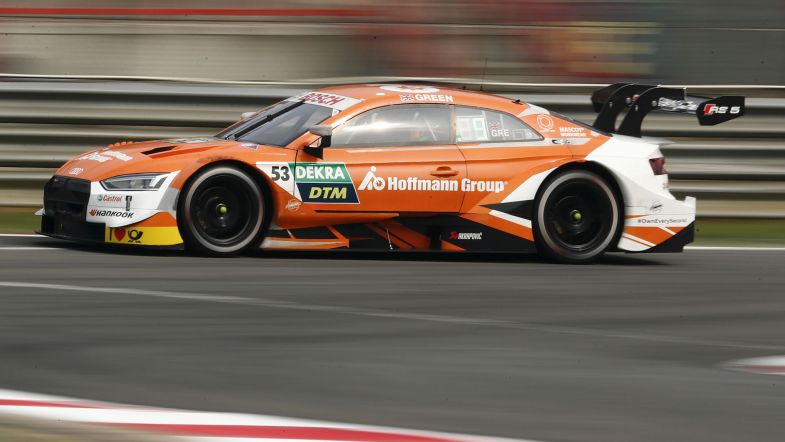 Green’s best time of 1:36.000 was enough to keep him out front for most of the 30-minute session at the Brandenburg circuit ahead of a quintet of similar Audi RS 5 DTMs.

The second fastest driver was FP1 pace-setter Loïc Duval, setting an early time that kept him just 0.004 seconds down on Green, while Robin Frijns placed third in his Abt Sportsline entry.

All of the Audi and BMWs lapped within nine-tenths of each other back to 14th place, while R-Motorsport’s quartet of Aston Martin Vantage DTMs occupied the bottom four.

Daniel Juncadella was the quickest driver for the Swiss operation, going 0.942 seconds off Green’s pace.