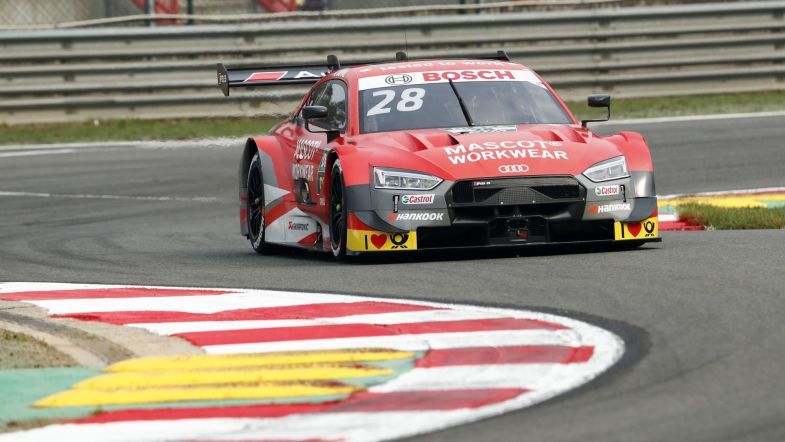 Loïc Duval set the pace during Friday’s first on-track session for the latest rounds of DTM at the Lausitzring, posting a best time of 1:35.985.

The Frenchman, driving the #28 Audi Sport Team Phoenix entry, set his time midway through the session, which was rather uneventful except for a red-flag period early on.

The session was stopped for six minutes to allow marshals to retrieve a Hankook advertising banner that had come loose. This was as a precautionary measure, as no cars had been affected by the debris.

Duval’s time was set shortly after the session went green again and remained on top until the chequered flag flew.

Timo Glock had been the early pacesetter, logging a 1:36.844 before the interruption. The BMW Team RMG driver was unable to improve his time, instead settling for ninth.

Marco Wittmann placed second at the end of the session in the quickest BMW M4 DTM, running 0.232 seconds slower than Duval, while Jamie Green was third ahead of Robin Frijns and René Rast.

R-Motorsport’s best-placed Aston Martin Vantage DTM was the #76 car of Jake Dennis, whose 1:37.249 was good enough for 12th.

Free Practice 2 is scheduled for 16:20 CEST and will round out the day’s on-track action with a further 30 minutes of running.