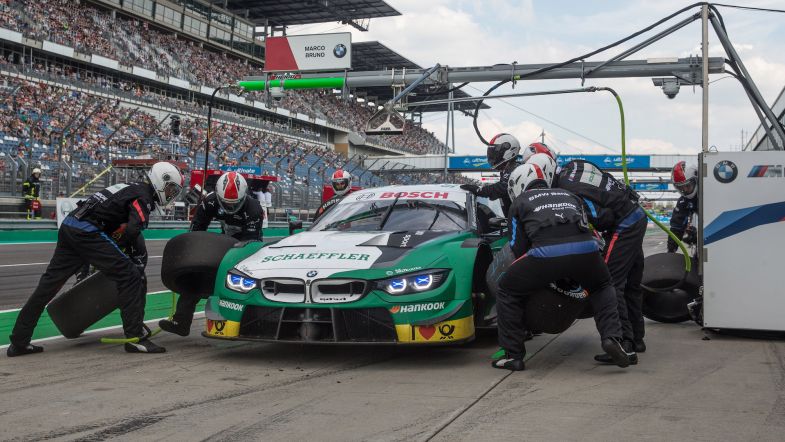 Marco Wittmann says his weekend at the Lausitzring ended in the best way possible given the conditions, despite admitting that his DTM championship challenge is looking less likely.

He was consistently the most successful BMW driver throughout a weekend dominated by Audi teams, and he did manage to hold onto third place in the championship despite finishing a disappointing fourth and sixth.

“That was the best we could do today,” Wittmann said after Sunday’s Race 2. “It is frustrating to have to say that from sixth place, but that is how it is.

“The championship situation is clear, as our competitors keep scoring points. I was a bit too aggressive at the start today and that wheelspin cost me a few places. However, we managed to battle back up to sixth place by the end.”

Wittmann, who has scored four race wins so far this season, has dropped to 47 points behind second-placed Nico Müller in the championship standings, and 67 behind points leader René Rast.

With a maximum of 112 points up for grabs, Wittmann is still in with a shout of claiming his third DTM drivers’ championship, but it now looks increasingly unlikely.

“The conditions we experienced at the weekend made it difficult to convert our qualifying position into a race result,” explained BMW Team RMG team principal Stefan Reinhold.

“It only works if everyone does their job 100 percent. That means the drivers and the team. And that is what we tried to do.”

Philipp Eng sits fourth in the championship, meanwhile, despite only picking up one point today and continuing an eight-race podium draught.

He was forced to start Sunday’s race from the pit lane after the team broke parc ferme rules by working on his #25 BMW M4 DTM after qualifying.

Nevertheless, he did take his impressive charge through the field on the opening lap as a positive from an otherwise challenging weekend.

“Starting from the very back made it a bit tricky,” said Eng. “But I did have a great first lap that saw me move up from last place to tenth.

“That was great fun and is something positive for me to take from today’s race. But, in this case of course, I’d have preferred to have had more fun and been on the podium.

“Basically, we were off the pace today, in qualifying and in the race. We will have to work on that.”