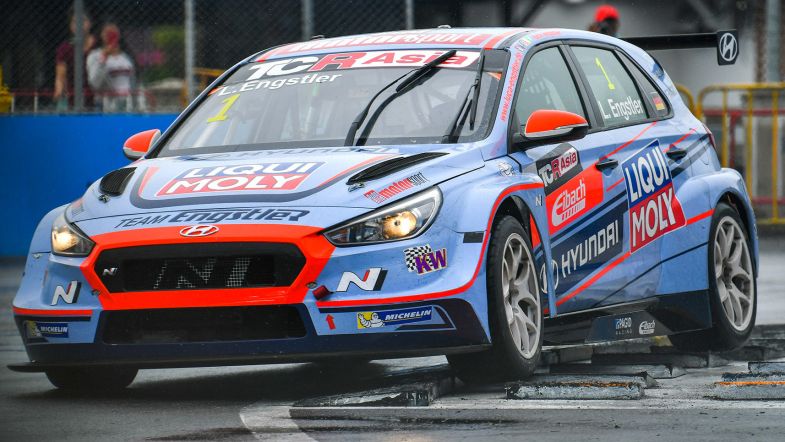 Team Engstler Hyundai’s Luca Engstler claimed pole position for the opening race of the TCR Asia season finale in Thailand, beating Pepe Oriola by just below two-tenths of a second.

Defending champion and points leader Engstler topped both segments of qualifying by setting a lap record in each on his way to a fastest time of 1:40.727.

The Solite Indigo Racing i30 of Kim Jin Soo is up next, while Gao Hua Yang will start seventh in the second Eurasia car.

TCR Asia Cup contenders Roland Hertner  and Douglas Khoo line up together in eighth and ninth, while Adam Khalid rounds out the top ten in his Volkswagen Team Oettinger Golf GTI TCR.

The first race of the weekend is scheduled to start at 11:00 ICT.