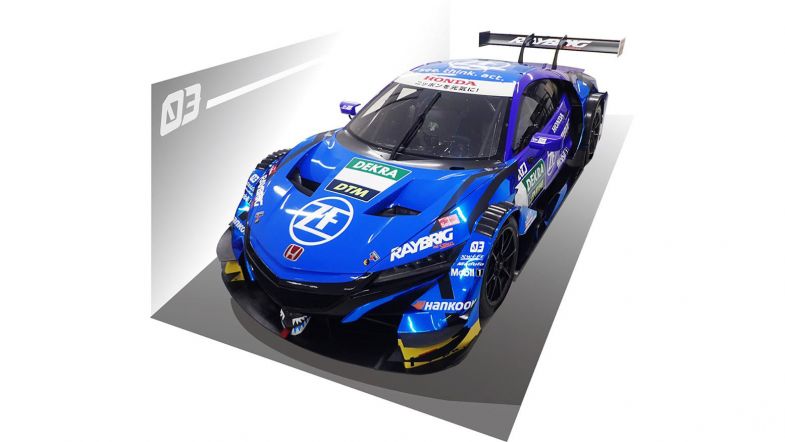 Team Kunimitsu has unveiled the livery of the Honda NSX-GT from the Japanese Super GT that it will run in the DTM season finale at Hockenheim.

The team will be running a livery in blue with German sponsors such as ZF – that is already on Philipp Eng’s BMW M4 DTM – as well as Deutsche post and DTM tyre partner Hankook.

A team’s spokesperson said: “For the first time, we will fight together in an important race that shows the Super GT in Germany. We can’t wait to see the Honda NSX-GT appearing in the official video of the DTM, as the representative of Japan.”