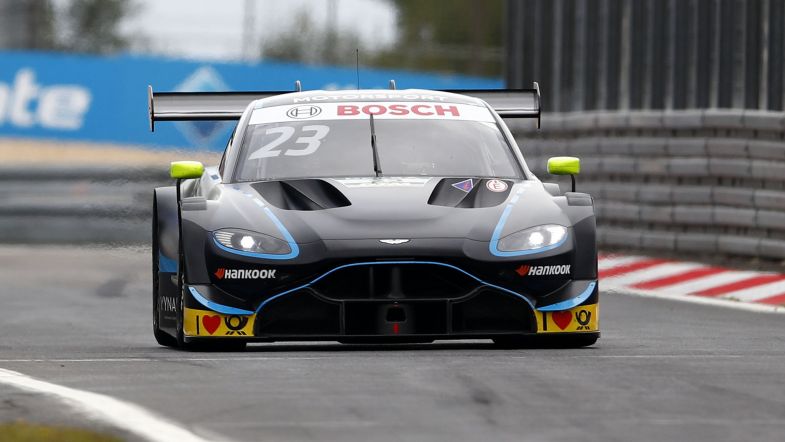 R-Motorsport has now confirmed that there won’t be any Aston Martin Vantage DTMs at the joint race that the DTM and Super GT will hold at Fuji in November.

Despite the Japanese market being of high importance for Aston Martin, the team has decided against it due to budget and logistic issues in order to fully focus on preparation for the 2020 DTM season.

R-Motorsport team principal Dr. Florian Kamelger said: “I’m regrettably having to say we won’t be in Fuji because we want to focus 100% on the 2020 season.

“We took that decision together with Andy Palmer and with Aston. I know it is a frustrating message to the outside world.”

Aston Martin CEO Andy Palmer, present at Nürburgring, also said to Motorsport.com: “It’s too early for us to get there. I would have loved to be there. I lived in Japan for 13 years, but I am still hopeful that those two series will find a way of working together.

“Japan is the second-biggest luxury car market in the world, so it is an important market for us. Our largest dealer is in Tokyo, so that is part of the goals for the future.”

Although initial plans were for a 24-car grid for the ‘Dream Race’, comprising 12 DTM cars and 12 Super GT units, it now seems that only between six and ten DTM cars will be shipped to Japan, with both Audi and BMW announcing driver line-ups for Fuji at the season finale at Hockenheim.

DTM’s umbrella organisation ITR’s chairman Gerhard Berger said: “I’m on one side disappointed if they don’t come to Japan, but on the other side the most important thing is next year, to have three manufacturers from the beginning fighting for the win.”

The ‘Dream Race’ will take place at Fuji on 23-24th of November.