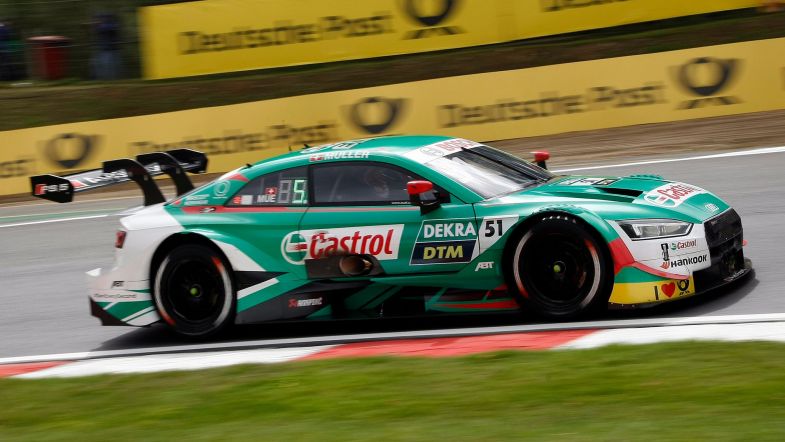 Nico Müller has revealed that he will remain on the DTM grid for a seventh successive season in 2020 as part of the Audi line-up.

The Swiss driver first joined the grid back in 2014 and has spent the past four years as part of the Team Abt assault on the series.

Prior to this year, Müller hadn’t finished higher than ninth in the standings, but the 27-year-old has proved to be one of the stars of the season – having scored more wins and podiums this season than all of his previous campaigns combined.

Despite his lowest scoring round of the season last time out at the Nürburgring, where he managed no better than sixth in race two, Müller sits second in the standings with just the season finale at Hockenheim left to run.

“Today, I can proudly confirm that I‘ll continue racing in DTM as an Audi factory driver in 2020!” Müller wrote on social media. “Busy and very exciting times coming up, and I am very grateful to Audi and our bosses for giving me this opportunity!”