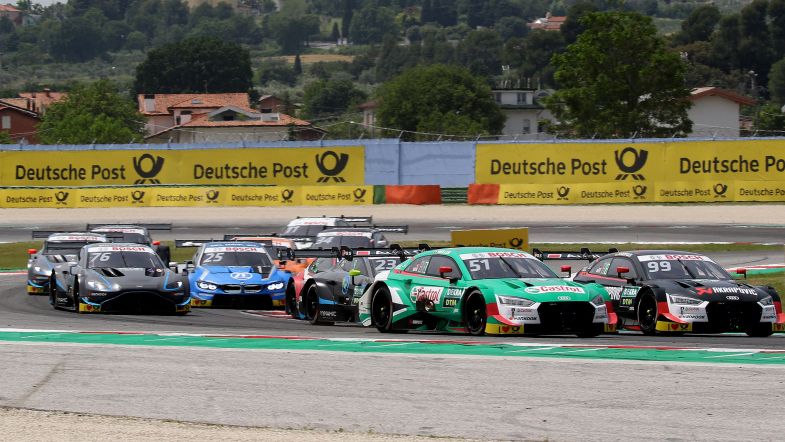 Organisers of the DTM have released an expanded schedule for the 2020 season, featuring ten double-header events.

The new calendar features four events within Germany and a further five elsewhere across Europe, with one round at a circuit that will be confirmed during the season finale weekend at Hockenheim.

The 2020 campaign will kick off at Zolder before the first German event at the Lausitzring and the third round at the currently un-announced venue.

Anderstorp in Sweden will then appear on the calendar for the first time in June, before Monza makes its debut on the schedule later in the same month.

After the Norisring event in early July, a summer break will be held before the action resumes at Brands Hatch, with Assen, the Nürburgring and Hockenheim then rounding out the season; the latter now hosting just one event over the course of the year.

“The 2020 DTM calendar reflects our ambition to achieve both growth and stability,” said ITR CEO Achim Kostron. “We’ll continue to race at Germany’s most popular motorsport venues while also increasing the series’ presence across Europe.

“We want to continue growing awareness of DTM in key European markets – so racing at legendary British and Italian racetracks such as Brands Hatch and Monza really allows us to reach those national audiences. Equally, our first visit to Sweden next spring will unlock another new and important motorsport market, one that continues to grow.

“While the scope of the calendar keeps growing, we’ve remained loyal to our fans in Germany, retaining four races at key German venues. In addition, the location of both Zolder and Assen means they’re both within easy geographical reach for many German fans.

“We feel like we’ve got a perfect blend of venues and dates, and we’re already getting excited about the new season. We still have one surprise in store. And it’s very exciting.”