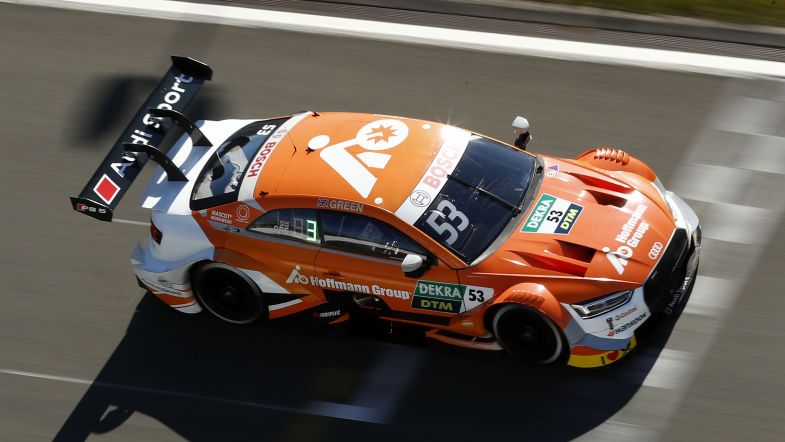 Jamie Green confirmed to continue for Audi in the DTM

2017 and 2019 champion René Rast is already confirmed for next season, as is this year’s runner up Nico Müller, although the Swiss will have a clash for the Norisring round with the New York round of the Formula E.

“Jamie communicated in an interview where he would be driving next year,” said Gass to TouringCarTimes. “So yes, he will be in the DTM, it’s true he has a contract.”

The Audi boss commented the recent rumours surrounding current Formula 1 driver Robert Kubica and three-time WTCC champion José María López, stating that he had not had any recent communication with either of them.

Another driver in consideration for a works drive next year is 2019 series rookie Jonathan Aberdein of independent Audi team WRT.

“He has shown very good potential, for sure, we’ve had some discussions,” said Gass.

“If we are going to do something, this is part of what the line-up is going to be and when we are going to communicate it. It would make some sense for him to continue at WRT, but this would be a budget issue and we are currently considering this.”