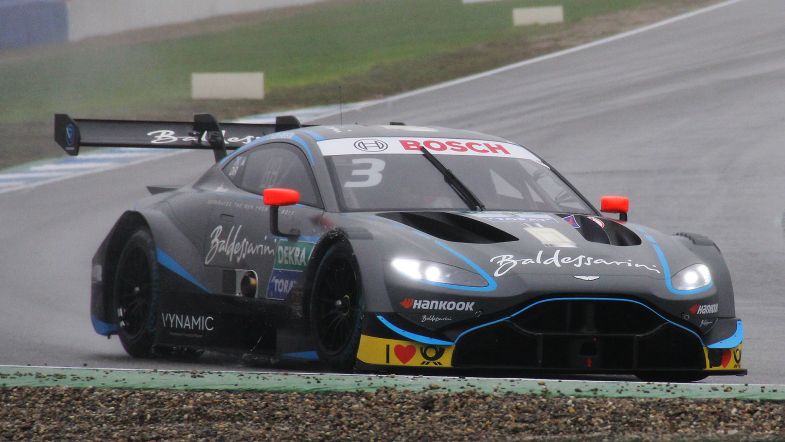 Paul di Resta: “I got screwed in qualifying”

R-Motorsport’s Paul di Resta was in an upbeat mood after finishing seventh in the penultimate DTM race of the year at Hockenheim, the best placed Aston Martin Vantage DTM in the classification for R-Motorsport.

The day did however not start well for the Scot, who had managed to set the sixth best lap time during the qualifying session. But Audi’s Loïc Duval got stranded in the gravel trap at Sachs corner at the end of the session, causing a yellow flag. Di Resta’s lap time was deleted as it had been set during the final minutes, with the 33-year-old dropping to 16th on the grid.

“We have a stronger end of the year,” di Resta told TouringCarTimes. “I got screwed in qualifying, got a lap taken off when I should have been P6, but I went from the end to P7 on merit so, we’ve had a lot of issues but we managed to nurse the car through and get a good result.”

The weather forecast for Sunday is of rain during both the qualifying session and race. Asked if this represented an opportunity for him, di Resta said: “In the rain I don’t think it will do us any harm to be honest but, at the same time, if it rains quite hard it can be a lottery.”

Dr. Florian Kamelger, team principal at R-Motorsport, found consolation in di Resta’s result: “Paul’s seventh place goes some way towards compensating for what has so far been a difficult weekend for us. Paul’s pace towards the end of the race was outstanding, and he was able to assert himself in midfield.

“We are looking forward to tomorrow’s race with optimism and, with poor weather having been forecast, we intend to go on full attack mode. Our hard-working racing team deserves a decent result at the end of the season.“