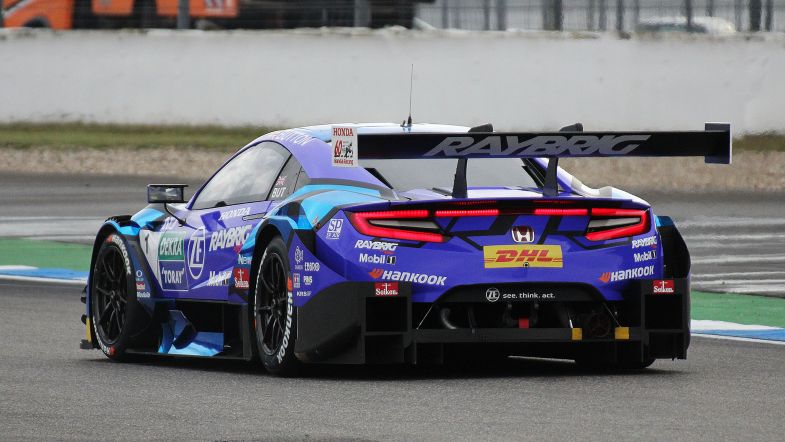 Jenson Button: “I’d like to have some more time in the DTM”

Team Kunimitsu driver Jenson Button was impressed by the DTM opposition and would not mind more opportunities to race in the German series.

“I definitely would like to have a feel for the category. I have nothing in terms of racing for next year but I really enjoyed this weekend and the atmosphere in DTM, there seems to be a lot of support for the category with three fantastic manufactures so yes, it’s a great place,” said Button to TouringCarTimes.

“Maybe one day I’ll have the chance to race against these guys, because it seems they have a lot of fun.”

The joint Super GT and DTM race at Fuji in November, labelled as the ‘Dream Race’, will be run with the Hankook tyres from the DTM, something the Japanese teams will have to adapt to.

“I have seen that there is a lot of drivability in the new power unit (used by the DTM cars),” Button added, as the Super GT cars are yet to adopted the same specification engines as the DTM.

“It seems that these guys can manage better the oversteering, going over the kerbs in a way we can’t.”

Button was the best classified driver of the Japanese Super GT entries in both races at Hockenheim, finishing ninth in dry conditions on Saturday but 16th in the heavy rain of Sunday.

“We couldn’t simply switch the tyres on,” Button said. “We have to learn from today so we can give the DTM guys a hard time at Fuji.”