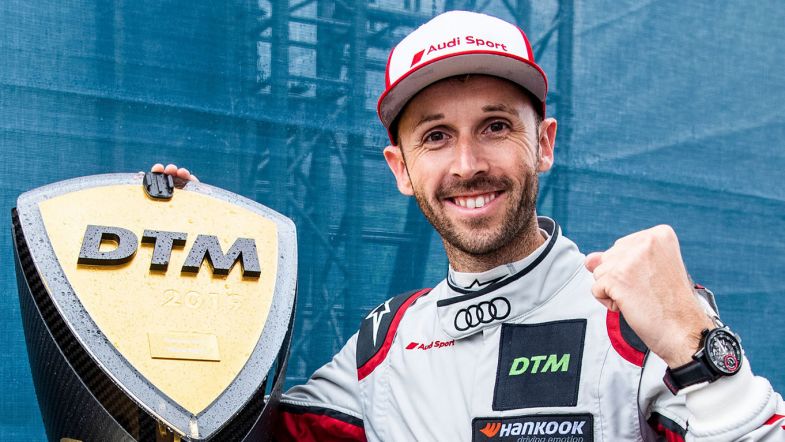 René Rast: “A third title would be awesome”

2019 DTM champion René Rast finished third in the last DTM race of the season at Hockenheim after a tough recovery job, worsened by a set of tyres with the wrong pressure.

The Team Rosberg driver qualified in eighth place on the grid after traffic problems during the session. At the start, he managed to avoid the chaos at Turn 1 to climb up to second place behind Team Abt Sportsline’s Nico Müller.

“I had a good start, and a lot of traction so I could pass many cars at Turn 1,” Rast told TouringCarTimes. “Then I came side-by-side with Rocky at the Parabolika, and I was in his blind spot, and I prayed he would see me. He did and I was able to overtake.”

Rast looked to be in a good place to challenge Müller for the victory, but things turn sour after the compulsory tyre change, with Rast losing ground to the Swiss and also a position to Rockenfeller.

“To be honest, I thought it was going to stop raining and the tyres seemed set for that,” explained Rast. “I couldn’t get the grip and lost a lot of time. Then the rain eased and we were competitive again but, when it started raining in the final laps, it was difficult. Getting the tyre window right was key.”

Rast finishes his third full season in the DTM as a two-time champion with 17 victories in his account. Looking at what his targets may be for the future, Rast said: “A third title would be awesome. Only two other drivers before have done it, Bernd Schneider and Klaus Ludwig. But every DTM season is different and you don’t know how it’s going to pan out. We have to see where we can improve.”

Rast finishes the season with a 72-point gap over runner-up Müller and a full 120 points ahead of BMW’s Marco Wittmann.

“You always have to improve!” added Rast with a smile. “This is what I have to do, this is who I am. If you don’t, you fall behind.”