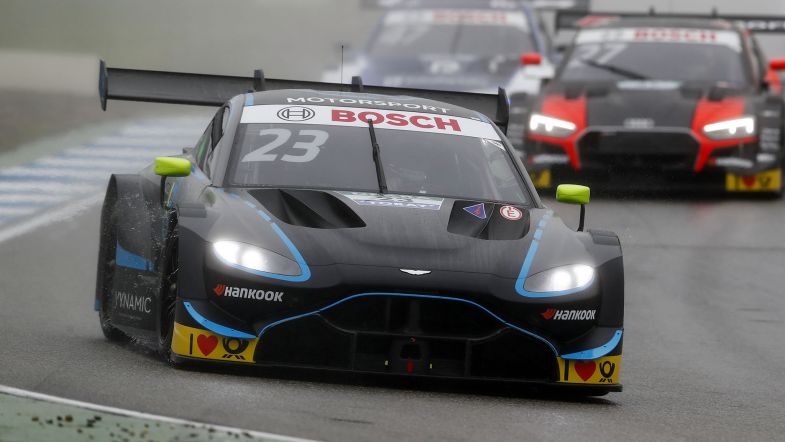 Daniel Juncadella: “This was my best season in the DTM”

R-Motorsport driver Daniel Juncadella had a frightful end to the DTM season at Hockenheim as a fire broke out in his Aston Martin Vantage DTM.

Juncadella endured a dismal season finale weekend, retiring from the first race with a damaged front splitter. On Sunday, just as the safety car was called into action due to another incident, the 28-year-old had to park his car with an engine fire, which caused the race to be red flagged.

Despite a difficult weekend, the Spaniard finished the season as the team’s best placed driver in the championship in 14th place.

“It’s obviously sad to finish like this, but I didn’t have as many technical problems as my team-mates during the year and I’ve had them all now at the end of the season,” said Juncadella to TouringCarTimes.

“[However] I think I’ve had a very strong season, with a high level of performance. It’s obviously difficult to see that from our results because of our car, but I have been at a very high level since the middle of the season. I’m very happy with my performance.

“I have tried to help the team as much as I’ve been able to and I’m very motivated for the future because this is a big challenge, it’s not easy in a season like this.”

“It has surely been my best season in the DTM. I have been more consistent at a very high level, without ups and downs and this is something I’m very happy about.”

“I like Dani for his good mood and his team spirit,” he said. “He’s been an important part of this team and he’s become during the season a lead driver in the team, not only because he scored the most points, but also because he played an important role for the team.”