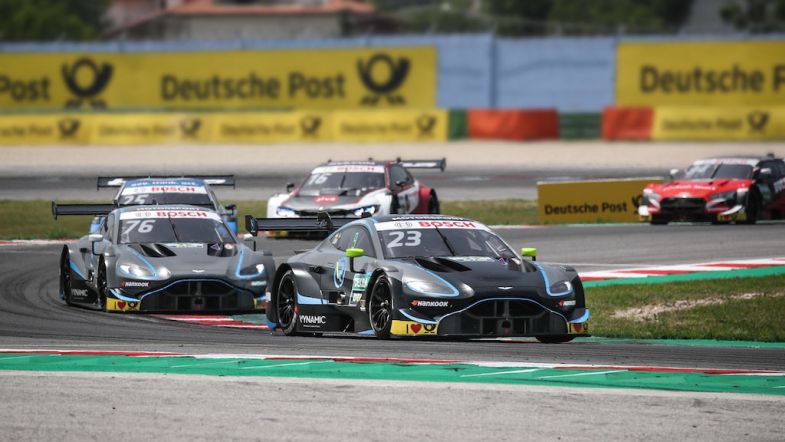 Gerhard Berger confident of R-Motorsport future in the DTM

The chairman of DTM promoter ITR, Gerhard Berger, is confident that R-Motorsport will continue to be involved in the series despite their split with technical partner HWA AG.

“On the one hand, it is regrettable that the cooperation between R-Motorsport and HWA in the DTM ends after one year,” said Berger to TouringCarTimes.

“On the other hand, I am sure that this decision is well-considered by both sides, since it was reached by mutual agreement.”

R-Motorsport team principal Dr. Florian Kamelger has confirmed their plans to continue in the DTM, despite losing the engine development following their split with HWA.

TouringCarTimes understands the four cars used in the 2019 campaign have already been sold, with a development programme ahead of 2020 currently underway.

“We still plan to continue our involvement in the DTM, and we will reorient ourselves in 2020 under these changed circumstances in coordination with Aston Martin,” said Kamelger.

Kamelger also hinted at a potential expansion to the Japanese Super GT series that introduces the Class 1 regulations for the 2020 season.

“I know that R-Motorsport and Aston Martin are supporting the further development of the DTM, the ‘Class 1’ regulations and the cooperation with the Super GT series,” said Berger.

“That’s why I’m optimistic that R-Motorsport will find new competent partners for the coming season and continue its DTM commitment with full force.”