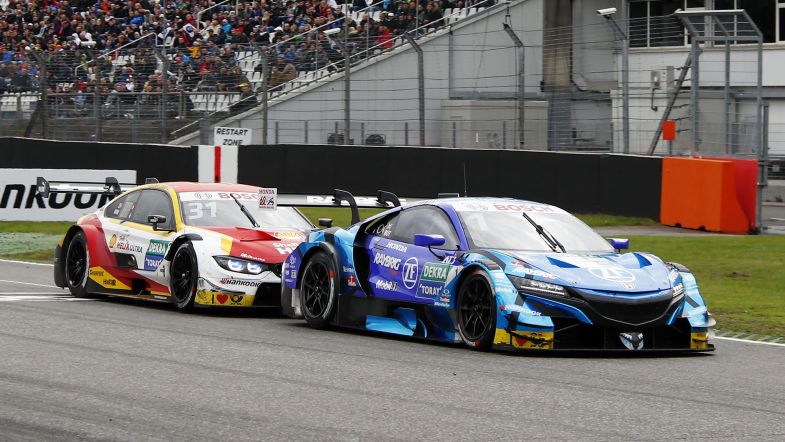 The DTM has announced that it will use the Dream Race at Fuji Speedway to launch an all-new digital live-streaming platform.

The event on the weekend of 23/24 November will see seven DTM cars do battle against cars from SUPER GT and follows the DTM season finale at Hockenheim, where three SUPER GT cars travelled to Europe to contest the event.

Both races at Fuji will be available to view free of charge via the official DTM website, with the global stream providing both live and on-demand content over the course of the weekend with English commentary.

The coverage will include qualifying session on both days alongside the two races.

Users who want to access the new streaming platform during a beta period will need to register on the DTM website ahead of the weekend, with a raft of free content available during the trial period.

“With our new OTT platform, we have begun to expand our digital provision for DTM fans worldwide,” Achim Kostron, Managing Director of DTM organisation ITR, said. “Once we’ve established the beta phase for next weekend’s Dream Race, we’ll begin to roll out new features and gradually grow the service over the coming months.”