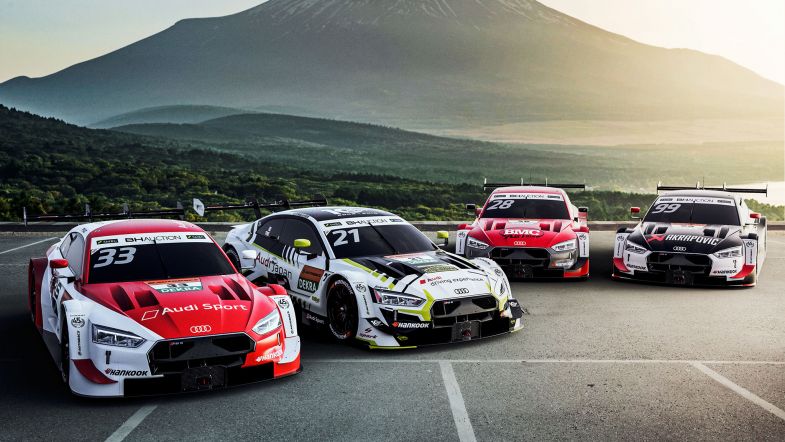 Fuji will host the Dream Race, the first full joint event between the DTM and Super GT, this weekend as a showcase for the jointly developed Class 1 regulations.

A non-championship event for both series, the Dream Race will feature 15 GT500 participants from Super GT, the class that – from 2020 – will feature cars from Honda, Toyota (Lexus) and Nissan that have been fully developed under the Class 1 regulations.

R-Motorsport, a fierce defender of the DTM’s internationalisation and the implementation of the joint Class 1 regulations, will be a regrettable absence as the team, which just parted ways with technical partner HWA AG, is missing the event with its Aston Martins to focus on 2020.

“I can hardly wait to finally see the first joint races being held, after we’ve been working for so many years to make this happen,” said the head of Audi Motorsport Dieter Gass.

His sentiment is echoed by his counterpart at BMW Motorsport Jens Marquardt: “The intensified collaboration with Japanese Super GT is an important symbol of the internationalisation and future of the DTM.”

The main novelty for the Japanese counterparts will be the race format, with a DTM-style weekend featuring two 20-minute qualifying sessions and two 55-minute plus one lap sprint races, without driver changes or refuelling. It was also agreed that DTM single specification tyres from series partner Hankook would be used at the event.

There will be one thing that Super GT drivers are familiar with however, with both races operating with a rolling start. For the European racers, the Fuji event presents two challenges: first, the weather is unpredictable at Fuji at this time of the year and, secondly, the track layout, with long corner sections and a 1.5-kilometre straight, will present a serious setup challenge.

“Fuji is always a very special venue: a riveting track with an extremely long straight and an intriguing section of turns,” said Gass. “Finding the right set-up there that puts us in contention is going to be a challenge.”

BMW’s Marco Wittmann is also excited about driving at Fuji for the first time.

“The circuit looks very exciting, particularly with the long straight,” he said. “I am already looking forward to the event and hope that we have a good weekend and are competitive.”

“Fuji has a brutally long straight,” DTM champion Rast added. “The track is also very technical in some sections, especially the last one. All of the cornering radii are very long. That will be very interesting for us, especially in terms of tyre wear.”

Live broadcast of the weekend will be available through the new streaming platform on the DTM official website, with the beta version of the system requiring prior registration.