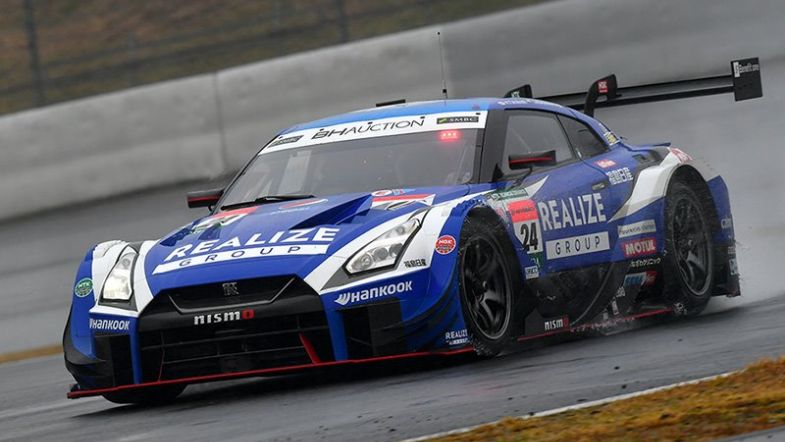 Jann Mardenborough and René Rast topped the first two free practice sessions of the joint Super GT and DTM weekend at Fuji in Japan. Both sessions were affected due to poor weather conditions and the times were slower in the second session due to the increased rain and fog.

Nissan GT-R driver Mardenborough’s fastest time of the first session was 1:47.733, more than nine tenths of a seconds faster than Nick Cassidy in the KeePer Tom’s Lexus.

Keihin Real Racing driver Koudai Tsukakoshi put his Honda NSX-GT in third position ahead of the top DTM driver Mike Rockenfeller. The German lapped the Japanese circuit in 1:49.114 and was 1.381 seconds from Mardenborough.

The second session, which had lap times that were close to three seconds slower than the first, was topped by Rast.

The reigning DTM champion was 0.493 seconds ahead of Audi colleague Loïc Duval.

Fastest of the Super GT entries in the second session was Honda driver Tadasuke Makino, just below one second from the top time in third position.

Cassidy was once again at the top with the fourth fastest time ahead of Nissan driver James Rossiter of Team Impul.

The second session was interrupted once due to fog.