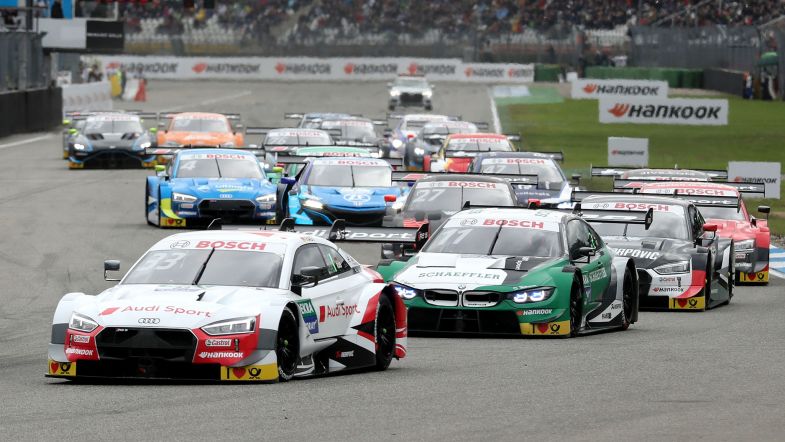 The loss of the four-car Aston Martin programme after a single season means just 14 cars are currently slated to appear on track when the new campaign gets underway at Zolder in late April.

That would be the lowest number seen in the series since it was relaunched but Berger insisted that talks are ongoing with both manufacturers and teams about joining the grid in the future.

Whilst it remains to be seen if a new manufacturer could be brought in given the limited time available before the season gets underway, the grid could be boosted if either Audi or BMW was able to find additional customer teams that could ready a programme in time for the season opener.

The four Vantage DTMs that were raced by R-Motorsport last year are also believed to have been sold to an unknown buyer, although it isn’t expected that the cars would be raced again in the series this season.

“R-Motorsport’s decision comes at a late stage,” Berger admitted. “We expected their involvement in the series would be longer. On behalf of ITR, I would like to thank Dr Florian Kamelger and his whole team for their involvement in 2019, and we wish them every success with their future projects.

“We are holding productive discussions with a number of manufacturers and teams, and are confident that we will have a full starting grid for this year’s DTM. In particular, we’re indebted to our loyal fan community, and are absolutely committed to delivering to them the series that they so fully deserve.”