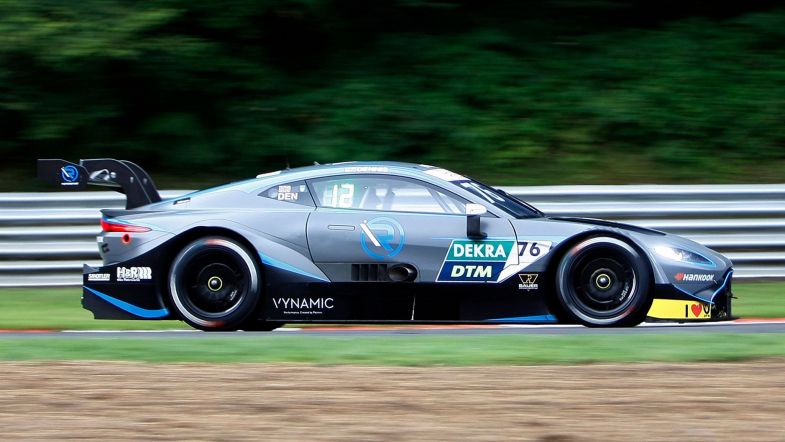 R-Motorsport has announced that it is to withdraw from the DTM ahead of the 2020 season, bringing the Aston Martin programme to a close after a single year.

The Swiss team joined the grid last year having agreed a deal with Aston Martin that allowed it to build and run four Vantage DTM cars under licence from the British manufacturer as a private entry.

Having pulled together the programme in double quick time, R-Motorsport secured the services of experienced pair Paul di Resta and Daniel Juncadella alongside newcomers Jake Dennis and Ferdinand Habsburg but it would prove to be a tricky campaign on track.

Juncadella and Dennis would share a best finish of sixth spot, but the quartet of drivers would fill four of the five bottom places in the standings as a myriad of technical problems – mainly engine related – would hamper the team throughout the year.

Those issues resulted in R-Motorsport electing to split with engine partner HWA at the end of the 2019 campaign, which called into question the long-term future of the programme given the limited options available elsewhere.

A potential engine deal with BMW had been mooted, but R-Motorsport has now confirmed that the DTM programme will not continue after evaluating its options for the year ahead, leaving the series with just Audi and BMW on the grid for 2020.

“The reassessment of our motorsport programme showed that we want to set new priorities for the future and that the DTM engagement would not be appropriate for us anymore,” Dr. Florian Kamelger, team principal, said. “What we have decided regarding our 2020 motorsport program we will announce at a later stage.

“However, I’d like to take this opportunity to say thank you particularly to Gerhard Berger and the ITR, to Dieter Gass and to Jens Marquardt for the common engagement in DTM during our debut season. Especially BMW has been an extraordinary helpful partner for us.”