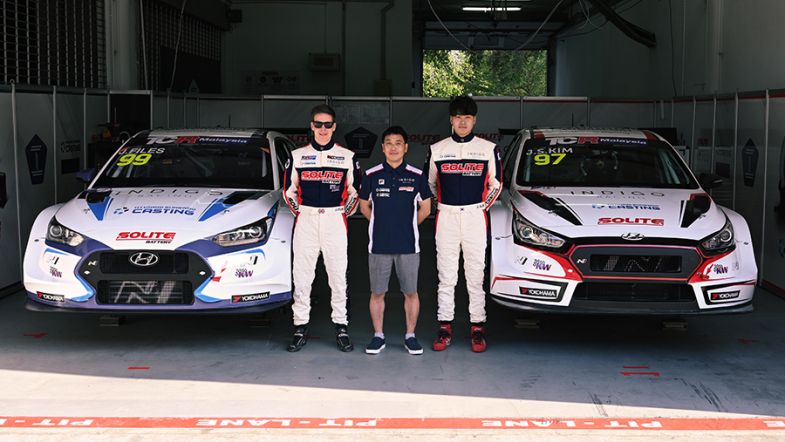 Josh Files will look to add the TCR Asia title to his already impressive resume after being confirmed as the lead driver with the Solite Indigo Racing team for the 2020 season.

The reigning TCR Europe champion – who has also secured the TCR Middle East and TCR Germany titles in the past – will drive the team’s new Hyundai Veloster N TCR during the five round campaign, which gets underway at Sepang in April.

Files will be partnered by Kim Jin Soo, who will race a Hyundai i30 N TCR as he looks to improve on the sixth place finish he secured in the standings last year.

The pair will race together in the upcoming TCR Malaysia finale at Sepang, which will mark Files’ debut in the Veloster after his first outing in the series in round two came at the wheel of the i30 N – which Kim will now drive this weekend.

“I’m super happy to be joining Solite Indigo Racing for the TCR Asia series,” Files said. “It’s a completely new challenge for me. The guys at the team are really great and we are all pumped and ready to take the fight on.

“We have started our preparations in TCR Malaysia to give maximum attack for the TCR Asia series and challenge for the title. A huge thanks to Solite Indigo Racing and Hyundai for putting their trust in me, I’ll give it my all for them.”