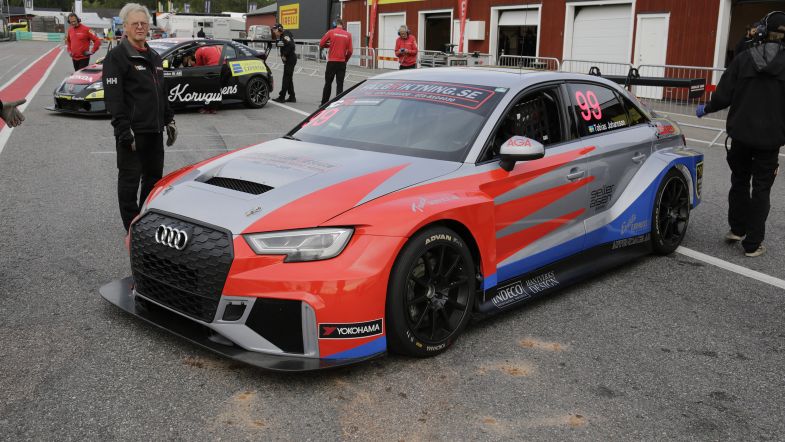 “STCC is what got me into motorsport,” said Gustavsen.

The Norwegian is going to drive an Audi RS 3 LMS for the team this season.

“To work with young and ambitious drivers is the fun part of racing and Mangus is really serious about his efforts,” said team owner Tobias Johansson.

The 19-year-old made his racing debut last year, finishing seventh overall in the Formula Nordic series, and has never before raced a front-wheel driven car.

“This is my first year in touring cars and I have no illusions of fighting in the top. But I do hope to fight for the junior championship, we should be able to deliver there,” said Gustavsen.

Gustavsen took part in the STCC junior test day last year and has set his sights on climbing the touring car ladder.

“I drove a test with the TCR car last year and it went over my expectations. I drove one GT4 race as well with Fredrik Blomstedt (who has signed for Brink Motorsport) and I was as quick as him in qualifying, despite that I had never driven the car or circuit before,” said Gustavsen.

“I think that touring cars will suit me really well. The ones who drove STCC in the past were my role models and it was my childhood dream to race in the series. My long-term goal is to race in the WTCR.”