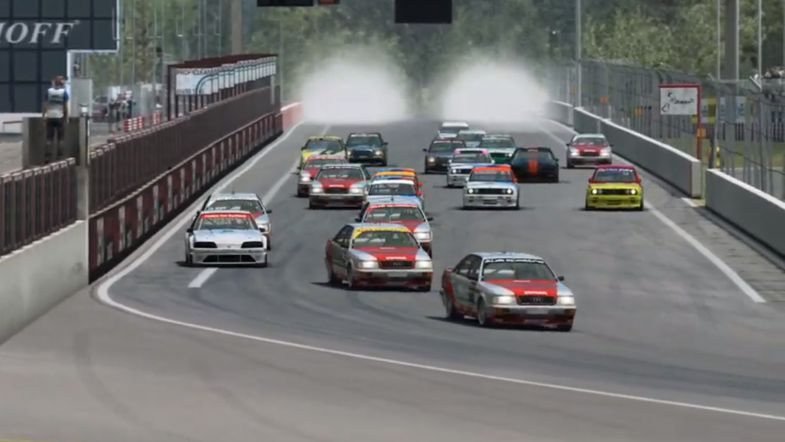 Frijns made his pole position count to take the lead at the start, followed by René Rast, driving an Audi V8 Quattro Evo, and Brody Steen, driving a Ford Mustang GT.

Steen was attacked by Kelvin van der Linde, but the Australian recovered, with both soon catching and overtaking Rast who fell to fourth position.

Further back, BMW driver Kelvin van der Linde had a heated battle with Audi’s Mike Rockenfeller for seventh place, with both colliding after seven minutes of racing. Rockenfeller won the position, with van der Linde going off track.

At the front, Steen overtook both Kelvin van der Linde and Frijns to take the lead of the race, with the South African driver then attacking the Dutch driver to take second place.

Nico Müller attacked fellow Audi driver Ferdinand Habsburg to take eighth place, with the Swiss trying to close the gap to Rockenfeller, who had lost again against Sheldon van der Linde. However, the South African made a mistake at Turn 1, losing six positions down the field. 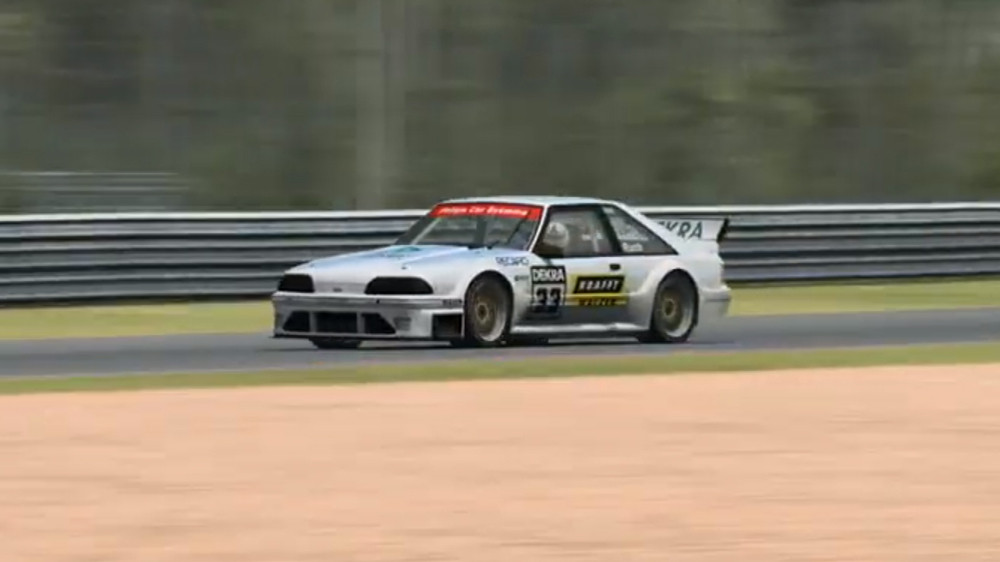 Steen opened a gap in the lead as the following Audi drivers battled among themselves for the remaining podium positions, with Rast taking Kelvin van der Linde’s inside at Turn 1 to climb up to third place.

The South African fought back in the closing stages to retake third place, then attacking Frijns for second. However, at the very last corner, Rast bumped Van der Linde to finish third, behind Steen and Frijns.

Van der Linde was fourth, followed by Robin Rogalski, Rockenfeller, Müller and Habsburg, with Audi Sport placing seven cars in the top-eight. Sheldon van der Linde was ninth, driving a BMW M3 Sport, with Nick Cassidy completing the top ten at the wheel of another M3.

Kelvin Van der Linde took the lead at the start of the second race with Rast, Müller and Rockenfeller overtaking Auer before the first corner. Gary Paffett, driving a Mercedes 190E, retired before the first lap was completed.

Soon Rast upped the pressure on Van der Linde, but it was Müller who overtook the reigning champion to take the lead, followed by Rast. 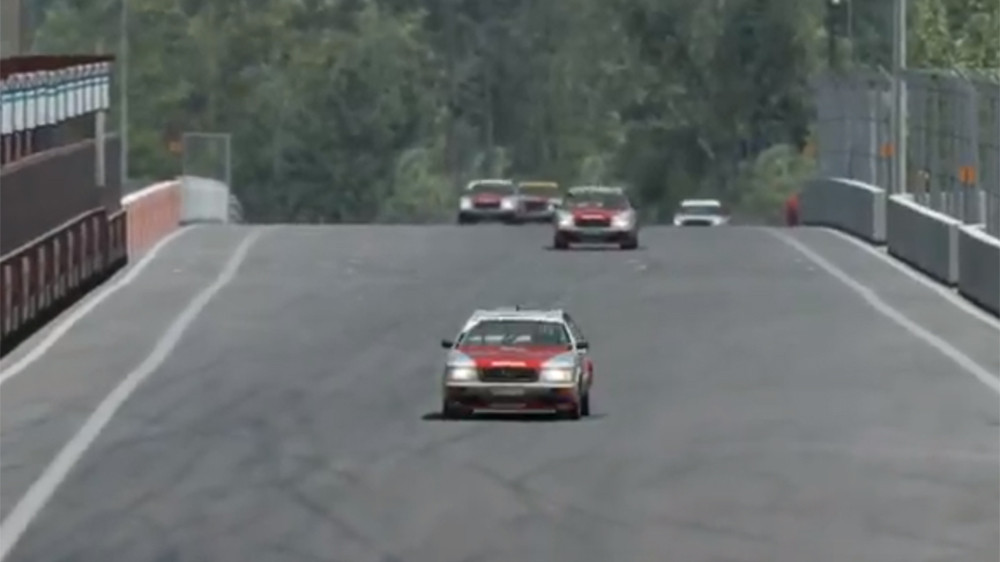 Rast fell to fifth position, but the reigning champion wasn’t giving up on a podium spot, battling first with Kelvin van der Linde and then with Rockenfeller.

Rockenfeller was tapped in to a spin, dropping to seventh place. Van der Linde managed to fend off Rast until the chequered flag, with Müller winning the race followed by Frijns.

Auer finished fifth, followed by Steen and Rockenfeller. Sokovikov was eighth at the line, with Green in ninth and Habsburg completing the top ten.

Rockenfeller said after the races: “The start was very good, the Audi was pretty quick on straight line. The fight was very good, someone, I don’t know who, tapped me on the last lap, but the fight was good. Esports is quite fun, it’s good meeting the other guys and this is for charity. You don’t see it, but I’m sweating. It was all good, we had fun.”

The second DTM Esports Classic Challenge race takes place on May 10th, with the field then running cars from the 2013 season.