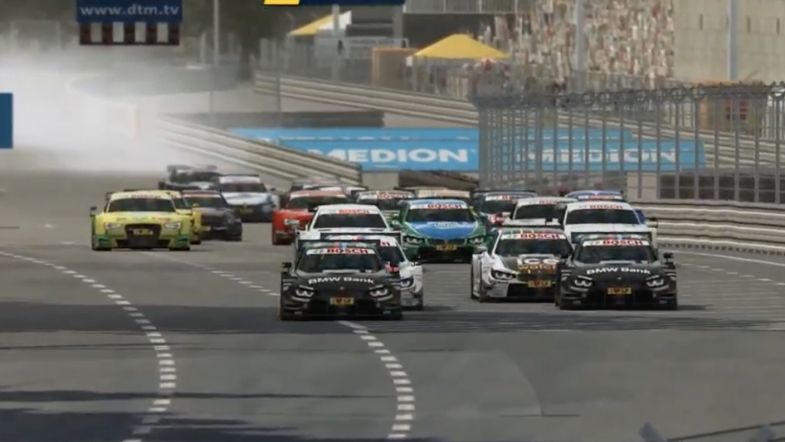 Renault Sport Academy driver Jarno Opmeer won both of the DTM Esports Classic Challenge races at the digital version of the Norisring, with Kelvin van der Linde finishing second in both races.

The field used 2014 specification DTM cars for the two races and Opmeer started from pole position in the first, but soon found himself in a tough fight with van der Linde and Lars Brugman.

The trio switched positions several times, with Opmeer claiming the lead on the penultimate lap while van der Linde and Brugman had to settle for second and third positions respectively.

Timo Glock made his DTM Esports debut this weekend, finishing a strong fourth in the first race.

The second race had Opmeer once again on pole position ahead of Ben Tuck and Brugman.

After an early challenge from Tuck, Opmeer was on his own to claim a superior win while van der Linde had to fight his way from 13th on the grid to an impressive second place.

The South African driver finished second just ahead of reigning DTM champion René Rast in third and Brugman in fourth.

The next DTM Esports Classic Challenge race takes place on May 24th, with the field using cars from the 2016 DTM season.