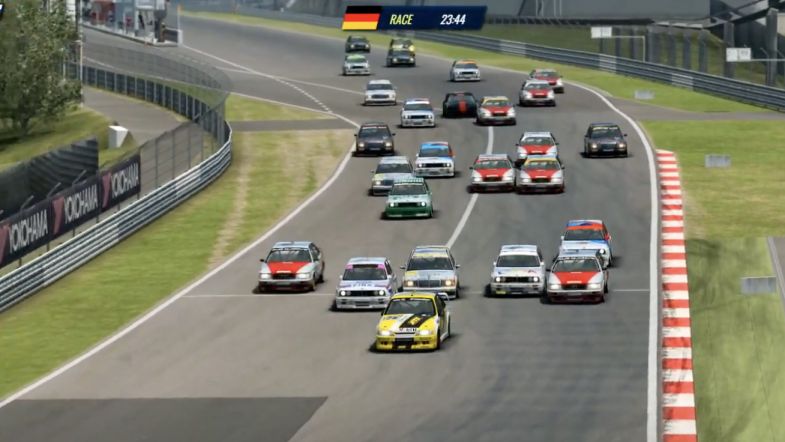 Lars Brugman and Bence Bánki claimed one win each in the final DTM Esports Classic Challenge event, helt at the virtual version of the legendary Nürburgring Nordschleife.

Bánki started the first race from pole position behind the wheel of an Opel Omega and claimed the lead into the first corner ahead of Ben Tuck and leading real-life DTM driver Daniel Juncadella.

Tuck attacked Bánki on the third lap to claim the lead behind the wheel of his virtual BMW M3.

Brugman was meanwhile making his way up the order from tenth grid position and was able to get past Tuck towards the end of the race with a decisive move into Wehrseifen.

Brugman didn’t look back and won the race in style ahead of Tuck, while Bánki only just managed to keep the final podium position from a charging René Rast.

Bánki once again started from pole position for the second race, this time behind the wheel of an Audi RS 5 DTM.

But the Hungarian made a poor start and was passed by Tuck into the first corner.

The two were close for the first part of the race, with Bánki managing to get back past on the long Döttinger Höhe straight.

Bánki was able to pull up gap and won the race in style ahead of Tuck who was under hard pressure from Petr Kubovský right until the very end.

The best real-world DTM driver was Lucas Auer in sixth position behind Brugman and Lukas Wurzer.