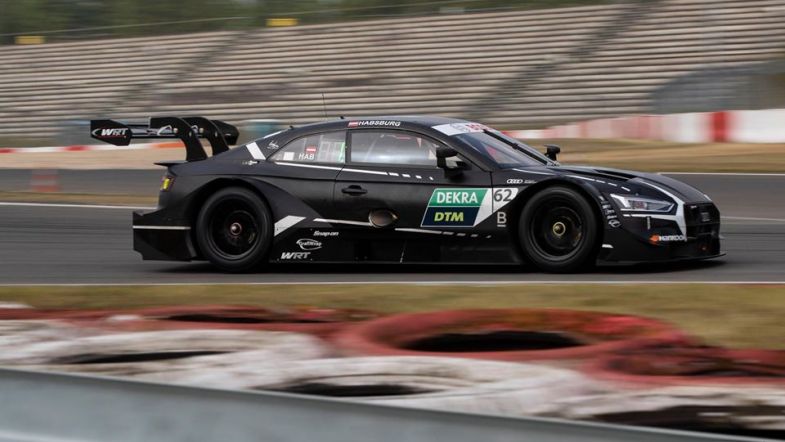 Ferdinand Habsburg fastest again on third morning at the Nürburgring

WRT driver Ferdinand Habsburg led an Audi 1-2-3 in the morning session of day three of the official DTM test at the Nürburgring.

The Austrian set the fastest lap time so far in the four-day test with a time of 1:18.911, followed by Team Abt Sportsline’s Nico Müller who was just 0.033 seconds behind. Team Rosberg’s Jamie Green was third, a tenth off the pace.

Sheldon van der Linde was the fastest driver for BMW Motorsport in fourth with a best time 0.159 seconds behind Habsburg, with fellow BMW driver Timo Glock a further tenth behind in fifth.

Fabio Scherer finished sixth at the wheel of the Audi RS 5 DTM from WRT, six-tenths off the pace, followed by ART Grand Prix’s Robert Kubica in his BMW M4 DTM.

Jonathan Aberdein was finally able to get behind the wheel after having trouble travelling to Germany, finishing his first session in eighth place, followed by Audi’s Mike Rockenfeller, a full second behind Habsburg.

Testing resumes at 14:00 CEST for the afternoon session.