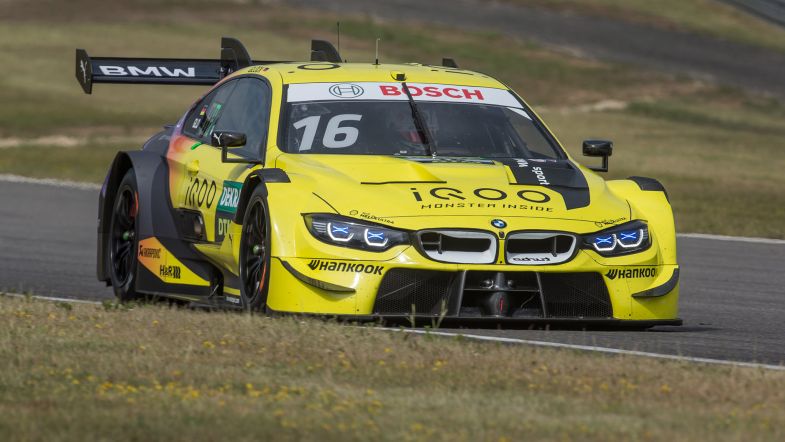 Marco Wittmann: “I’d prefer the DTM to stay with Class One cars”

The DTM is back on track this week with the official tests at the Nürburgring ahead of a key season for the series. In the midst of the uncertainty about the future, BMW Motorsport driver Marco Wittmann said he would like the DTM to stick to the Class One regulations.

“If you ask me for a wish, I would continue with these [Class One] cars, to be honest,” said Wittmann to TouringCarTimes.

“It’s just because the cars are so good to drive, it’s like a prototype. For me it’s the best touring car class worldwide and also because of the type of cars, as they have a lot of downforce, a lot of power.”

Drivers and machines are back on track after an eight-month break, longer than usual due to the COVID-19 pandemic. The BMW driver was on driving duties during the first two days, finishing fourth on Tuesday, two-tenths behind Audi’s Ferdinand Habsburg.

“Definitely, it felt great to be back in the car,” Wittmann said. “We had two good test days, we managed to get a good programme and make some good footsteps, so yeah, I’m very happy with it.”

The season will be marked by Audi Motorsport’s exit at the end of the year, with a big question mark over the future of the series and its viability with the sole commitment from BMW Motorsport. Wittmann said that the Audi’s announcement came as a shock to him.

“It’s clearly a shame that the Audis won’t be here in 2021,” the driver from Fürth explained. “I was in shock, I didn’t expect they would do that, especially as the series had made some changes and they were going in the right direction, especially trying to bring the hybrid systems onboard for 2021 or ’22.

“The racing is cool, we have full grandstands, it would be a shame if this year is the last. I hope that the DTM doesn’t go down. We have to work on making 2020 as successful as possible. I hope that ITR, BMW and whoever else comes along find a way to continue.

“If they would consider this hybrid system the cars would have even more power in the future. My wish would be to keep running with these cars. I think they should try to find more manufacturers, or more customer teams, which seems to not be so easy because of the running costs, but maybe we should try to find a different solution for that.

“There are two or three options that are good at the moment that we could make use of, but let’s see which direction things go,” Wittmann concluded.

The 2020 DTM season is scheduled to start August 1-2 at Spa-Francorchamps.