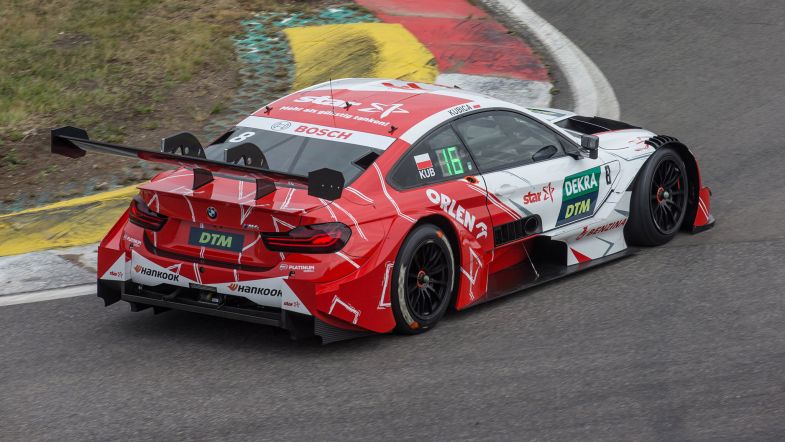 Robert Kubica: ”The DTM is very different from F1”

Robert Kubica is hard at work as he prepares to make his debut in the DTM this season with BMW Motorsport’s customer team ART Grand Prix. The Polish driver believes that driving in the DTM won’t pose a significant challenge for him.

“To be honest, not many changes to the car have been necessary,” Kubica told TouringCarTimes.

“The only things are that the gearshift paddle and the brake bias adjustment are on the left side. But, apart from that, I haven’t needed a really big adaptation for my situation.”

The Polish driver will be competing in the DTM for the first time, a significant change in weight, G-forces and car dynamics from Formula 1 racing, where he has competed for the last three seasons.

“The DTM is very unique, very different from F1,” added Kubica. “Changing hasn’t been easy as I have raced 99% of my career in either karting or single seaters.

“In DTM the regulations are different, because it’s like a mixture, it seems more like a GT with the aerodynamics of a single seater, with a lot of downforce.”

“For me, the adaptation has been less stressful,” explained the Pole. “The g-forces are lower and there is less stress on the body. But I have never raced on a track with a roof on top, so it also can get much hotter than what I’m used to. It’s also very unique regarding the setup of the car, but we continue to work and to adapt.

“It’s a new situation, because the races are also shorter, so, all in all, I’m not worried about the physical aspect of it. But the driving style needed for the DTM is something to discover.”

Kubica’s arrival in the DTM comes sponsored by Polish petrol company PKN Orlen and with great anticipation from the Polish fans, expected to visit Germany in great numbers to follow their hero.

The ART Grand Prix driver hopes there is still a chance for the fans to be at the DTM races this year: “ITR is doing a great job in terms of organising the competition and the teams and organisers are taking precautions. Nobody knew what would happen, so they had to react daily to a changing situation.

“But I’m happy for the championship to start. It’s unfortunate for the fans as they were looking forward to coming to the races, but who knows, maybe it will possible later on.”