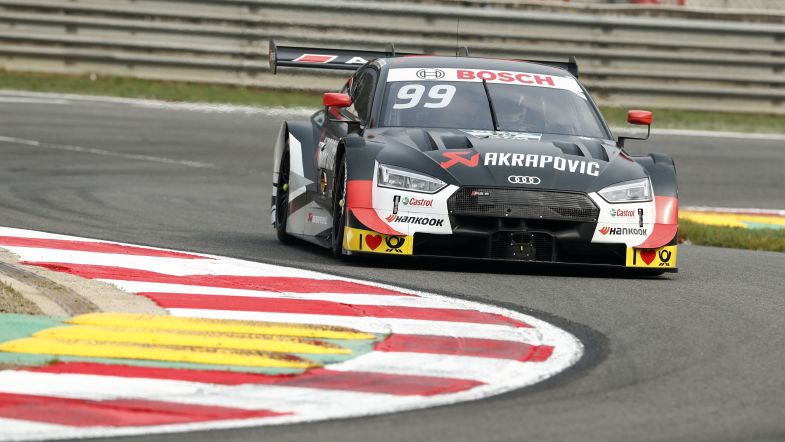 The Phoenix Racing team looks set for a switch to prototype racing when the 2020 DTM season draws to a close.

With Audi leaving the series at the end of the year, Ernst Moser’s team – winners of the title in both 2011 and 2013 – has been left to evaluate its options going forwards, with one option being to launch a prototype programme.

That programme would see the team enter the 2020/21 Asian Le Mans Series season, which will run across three weeks in January, and would be alongside its GT3 commitments with Audi’s R8 LMS model.

“We have to look in the future and at the moment we have to find a way for our professional team to continue in motorsport like we do for the last 20 years,” Moser told dailysportscar.com, “and there’s one good option; LMP racing.

“The four [Asian Le Mans Series] races in January is a really good timescale for us; to fly down once and fly back after four races. So this is the goal at the moment. After that, we will see how our results were after the Asian Le Mans Series and maybe we are lucky and we get an entry for Le Mans?”

Moser added that the short-term plan for the team was to ‘survive’ until the major manufacturers made final decisions on the approach they want to take to racing going forwards.

The likes of Audi and Volkswagen have already announced a greater focus on electric racing in the coming seasons, with Moser keen to see how LMDH – the new regulations that will sit at the top of prototype racing – pan out.

“I think from a team side, we have to wait until the manufacturer knows what they will do in the future, whether the electric races are the right future, or, if you like, whether ‘normal’ racing that we have known for the last 30 years,” he said. “So I wait. I have to wait for one or two years to see where everybody is going.

“For me as a small team, we have to survive these two years. And I try now to still stay at a high level of motorsport and to show when LMDH is coming, that we are the right partner for manufacturers to go together with. This is my plan for the near future.”