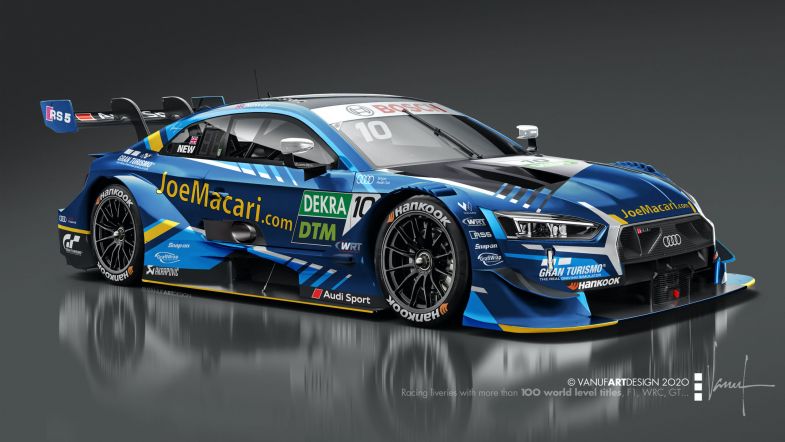 Harrison Newey will make his DTM debut this season with WRT after being handed the Audi seat that was previously set to be filled by Ed Jones.

Newey replaced Jones for the recent test at the Nurburgring when the latter was unable to travel to Germany from Dubai as a result of restrictions put in place due to the COVID-19 pandemic.

The ongoing situation has now prevented Jones from taking up his race seat alongside Fabio Scherer and Ferdinand Habsburg, with Newey – son of ace F1 engineer Adrian – instead getting a chance to race the team’s third RS5 DTM.

“We are eager and thrilled about going back to the tracks and race again,” team boss Vincent Vosse said. “It is not going to be ‘business as usual’, or like we used to know it until now, but it is great news. The pandemic isn’t over yet, we will have to cope with it for a while, and remain very vigilant. Racing will be different, there will be new rules and new factors to be taken into account, and we all will have to act responsibly and not do mistakes.

“In the DTM, for the last season to be run under the format we have known so far, we aim at materializing the promises we have shown in our debut season last year, and up-grading our efforts to three cars, without departing from our philosophy to promote young talent.”