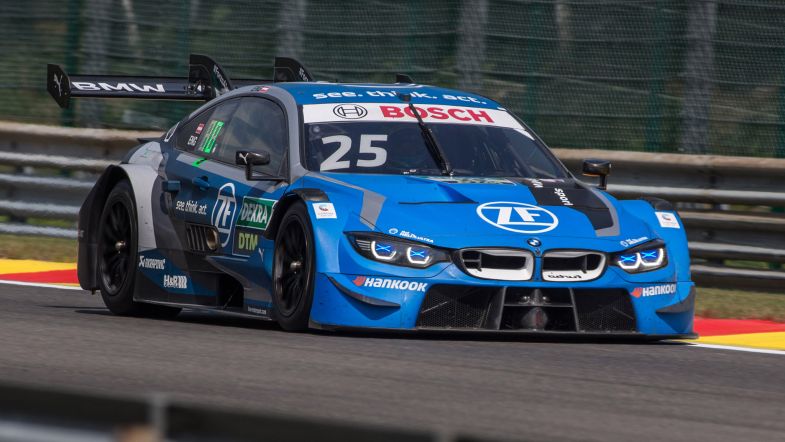 Philipp Eng: “We know where we have to improve for tomorrow”

Team RBM driver Philipp Eng was the best classified driver for BMW Motorsport at the 2020 DTM season opener at Spa-Francorchamps on Saturday, finishing sixth in a race marred with problems and a general lack of performance for the Bavarian manufacturer.

Eng lagged in the second half of the pack, pitting late on lap 16 in order to have a beter performance.

The move allowed the Austrian to work his way through whilst other drivers suffered with tyre degradation to finish sixth, unable to contain Audi’s René Rast with much fresher tyres in the latter stages.

“Tyre management was a big issue because of the density of high-speed corners compared to other tracks,” explained Eng. “But yes, I would like to have a smoother Sunday.

“The two-stop scenario was in our radar. I think it will be open for tomorrow, but it will also be cooler, so we could take it to the end.”

Eng has extensive experience at Spa-Francorchamps in GT racing. Asked what, in his experience, BMW could do differently on Sunday to improve the performance of the M4 DTM, the Austrian told TouringCarTimes: “I think my experience in this track has helped today, as I have done four or five 24-hour races here.

“I know the ways to potentially save tyres. I was with my engineers prior coming to the round table and I have been working with my team for three years now, so I know what they need and they know what I need.

“So our debrief was successful tonight and we have found issues where we can improve, and there is also something that can always be improved with the driving as well, so yes, I’m optimistic we can improve for tomorrow,” concluded Eng.