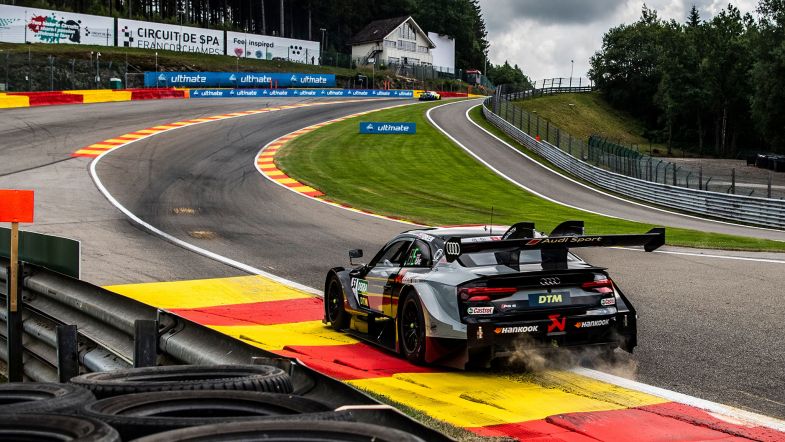 Jamie Green: “The main thing is to qualify better”

Audi Sport Team Rosberg driver Jamie Green is optimistic for the rest of the 2020 DTM season after a strong opener at Spa-Francorchamps, where the Brit had two recovering races and bagged important points.

Green finished third in the first race and fourth in the second, fighting up through the order after problems that started during qualifying.

“I had a good performance, so next time the main thing is to qualify better, I had one of my laps deleted today (because of track limits), so I could have been P4 in the qualifying. If we can do that next time then we can probably challenge for the win,” explained the Briton.

“Today the race was good. Obviously, starting from eighth on the grid, I had a lot of work to do. The start wasn’t that good and I lost one place,” added Green.

“I had to go from ninth to fourth, so it was quite a good race with a lot of overtaking,” said the Team Rosberg driver. “It’s nice that we can have good races even with a lower starting position and put on a good show and overtake in the race.

“The main point for me is that I have been very quick in both races, which implies that we can be optimistic for the rest of the season that we can do well and, if I can do better in qualifying, then it means that there is even more potential to win races,” said Green.

Green’s performance at Spa has given the Audi driver a renewed fighting spirit after two very difficult seasons in the DTM.

“It’s just nice to feel that we are getting back on track,” Green told TouringCarTimes. “I was one of the best Audi drivers in the past and the last two seasons were very difficult, especially 2018.

“Last year was a regrouping year and I gradually got back up to speed so, despite having my appendix removed and missing a weekend, I made progress and got back to the front, and achieved a couple of pole positions and a win at the end of the last season.

“The challenges in DTM now are between the qualifying and the race, because of the setups (which remained unchanged between both) and the way you have to be driving are very different,” explained Green.

“Obviously what we are doing is good for the race but we still have to work on the qualifying. So yeah, there is still some work to do, but I’m optimistic that we can have a good season, I want to enjoy my racing and see what we can achieve.”

Green is third in the standings after the first round of the season, with a total of 30 points to his account, 16 behind championship leader Nico Müller of Audi Sport Team Abt Sportsline.