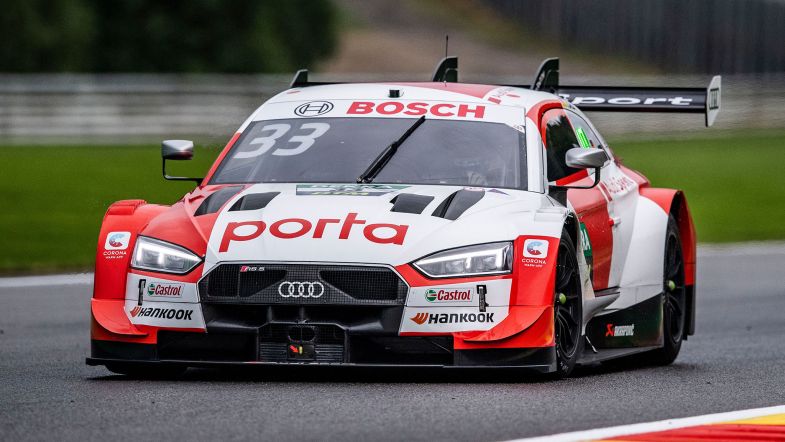 Audi Sport Team Rosberg driver René Rast has lost his Race 2 victory of the 2020 DTM season opener at Spa after the stewards found that he had incorrectly used the push-to-pass system while leading the race.

Rast won the race ahead of fellow Audi drivers Nico Müller and Robin Frijns, but the stewards have now handed the reigning champion a ten-second penalty for using the ‘push-to-pass’ system while leading the race, in breach of article 46A.2 of the Sporting Regulations.

As a result of the time penalty, Müller has been promoted as the race winner, followed by Frijns, with Rast in third place.

Müller has increased his lead in the championship to 53 points, ahead of Team Rosberg’s Jamie Green on 30 points and Rast with 29.

Rast said: “I’m naturally disappointed that the penalty has costed me the victory at Spa. I instinctively pressed the ‘push-to-pass’ button when the system indicated I could use it. It’s been proven that I didn’t gain any advantage from using it.”

Audi Motorsport boss Dieter Gass added: “We accept the decision of the stewards, but I’m disappointed about the ruling. René Rast didn’t gain any advantage.”