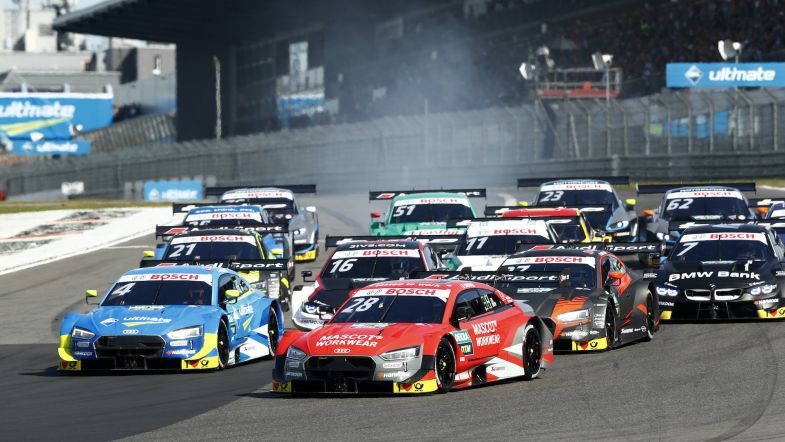 Organisers of the DTM have confirmed that a limited number of fans will be permitted to attend the first of back-to-back events at the Nürburgring this weekend.

Three grandstands will be opened on both Saturday and Sunday to accommodate a limited number of people, with one-day tickets now on sale.

At the moment, the admittance of fans is only for this weekend’s fifth round and not for the sixth round that follows a week after on the shorter sprint layout.

“Especially at this circuit with its long heritage that has made its mark on a large part of the long DTM history, fans simply are part of the show,” Marcel Mohaupt, ITR managing director, said. “Admittedly, tickets are only available in limited numbers and paddock access is still impossible because of the infection protection concept, but the opening of the grandstands is yet another step in the return towards normality.

“The Nürburgring, after all, already will be the second DTM weekend with spectators on site. We are really grateful to the Nürburgring for its successful commitment to bringing back the spectators and we are looking forward to yet another spectacular DTM event at the ‘Ring’.”