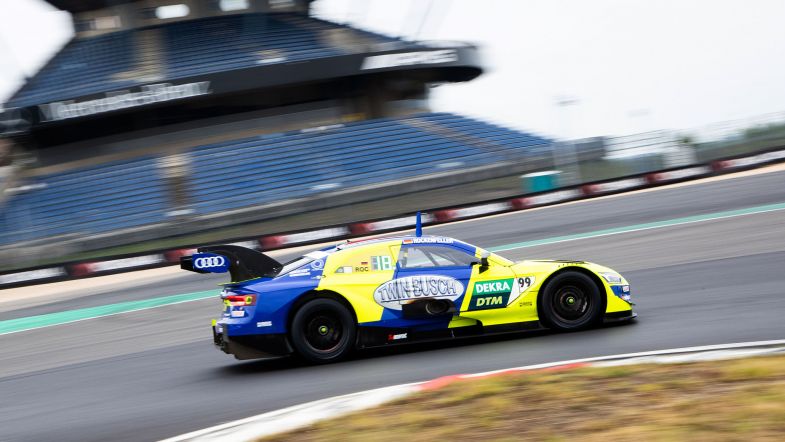 The DTM continues with its compressed 2020 agenda this weekend as the series heads to the Nürburgring for the fifth round of the 2020 season, where the series will be using the current Grand Prix layout for the first time.

The series last raced on the Grand Prix version of the Eifel track back in 2001, but with the track significantly shorter, with areas such as the Mercedes Arena built afterwards. The 5.148-kilometre layout provides drivers with longer corners, the hard-braking Dunlop hairpin and the Schumacher-S, which Audi drivers expect to be able to take flat out.

Just a week later, the action will be on the 3.629-kilometre sprint circuit as part of back-to-back race weekends.

“The Schumacher chicane should be flat out with our car,” defending champion René Rast said. “I am very much looking forward to the new challenge. The Nürburgring is something special for me. I’ve won a lot of big races there, for example the 24-hour race with the Audi R8 LMS in 2014. A life-long dream came true for me there.”

Local hero Mike Rockenfeller, in the ranks of local Team Phoenix, is also a fan of the Eifel track, which he will face in three different layouts over the next three weekends.

“The Nürburgring is one of the most fascinating facilities in motorsport around the world,” he said. “I’m looking forward to driving on both track layouts in the DTM and then the 24-hour race on the Nordschleife.” 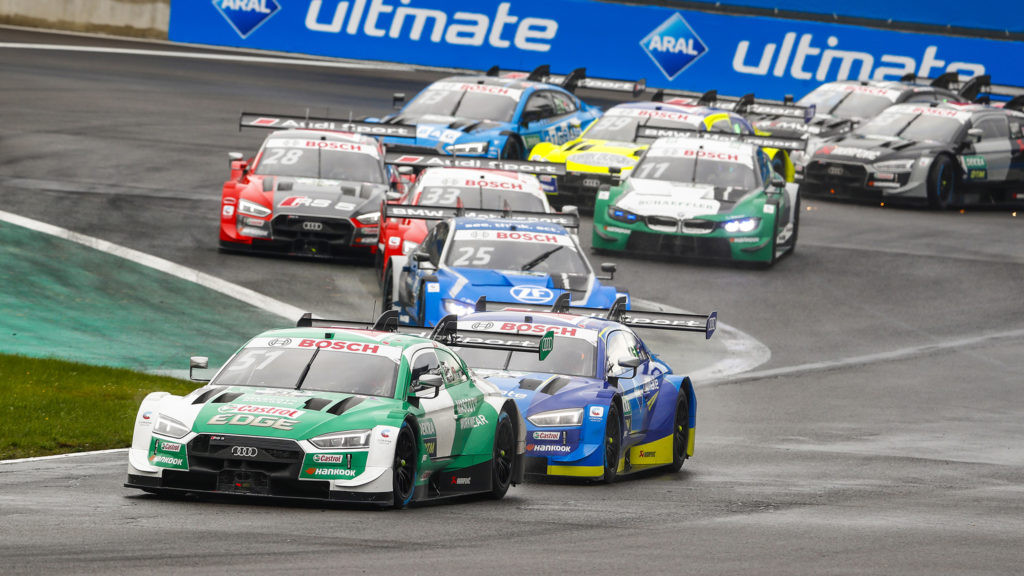 Team Abt Sportsline has dominated the season so far, with Nico Müller leading the championship with 164 points, 26 ahead of team-mate Robin Frijns, and 44 clear of Rast.

The Swiss driver hopes to make amends at a track where, a year ago, a poor weekend nullified his championship hopes.

“Luckily, we had a productive test at the Nürburgring this year before the start of the season, during which I was able to make peace with the track again,” Müller said. “I’ve actually always felt very comfortable there and experienced many good races and emotions.”

BMW Motorsport has been on the back foot since the start of the season in terms of performance, but some cleverly exploited strategy calls at the Lausitzring and at Assen a week ago have allowed the Bavarian manufacturer to win two races this season thanks to Team RMR’s Lucas Auer and Team RBM’s Sheldon van der Linde.

“After my maiden DTM race win last weekend, I am heading to the Nürburgring full of motivation and a lot of positive energy,” Van der Linde said. “I am really looking forward to racing there again, especially at the Grand Prix track. This will definitely be the highlight of the two back-to-back Nürburgring weekends.

“I am particularly looking forward to the Schumacher-S. I am curious to find out whether we can take it flat. That would be very special indeed.”

Audi Sport leads the manufacturers’ table with 543 points, with BMW 301 points behind.