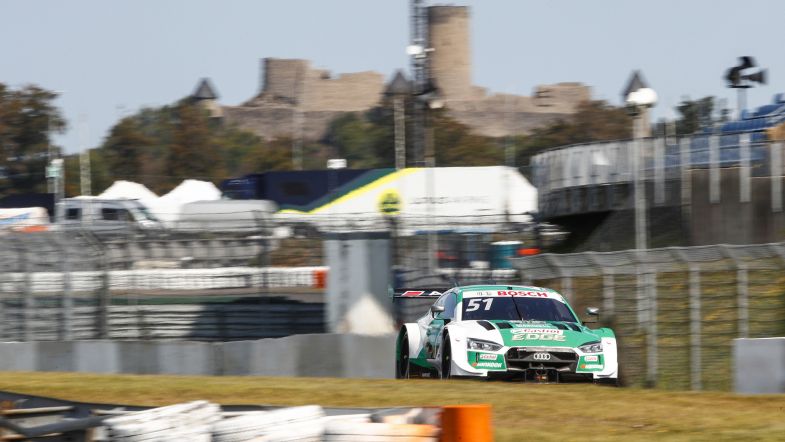 Müller set a best lap time of 1:47.543, improving by over half a second from the first free practice session lap times. Frijns was second, just 0.017 seconds behind.

The DTM field returns to the track on Saturday morning for qualifying at 10:35 CEST.