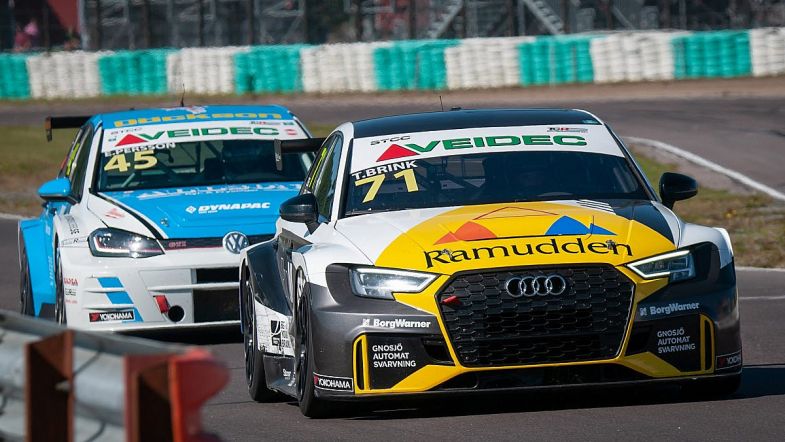 Lestrup Racing Team driver Rob Huff was third fastest behind the wheel of his Volkswagen Golf GTI TCR, 0.727 seconds from the top time.

Reigning champion Robert Dahlgren was just 46 thousands of a second behind Huff, with PWR Racing team-mate Mikaela Åhlin-Kottulinsky, who topped the afternoon test session, in fifth.

All drivers got one lap each to set a lap time after the end of the afternoon test session, with Brink being awarded tyres from Yokohama for setting the fastest time.

The next STCC TCR Scandinavia race takes place at Mantorp Park on October 2-3.