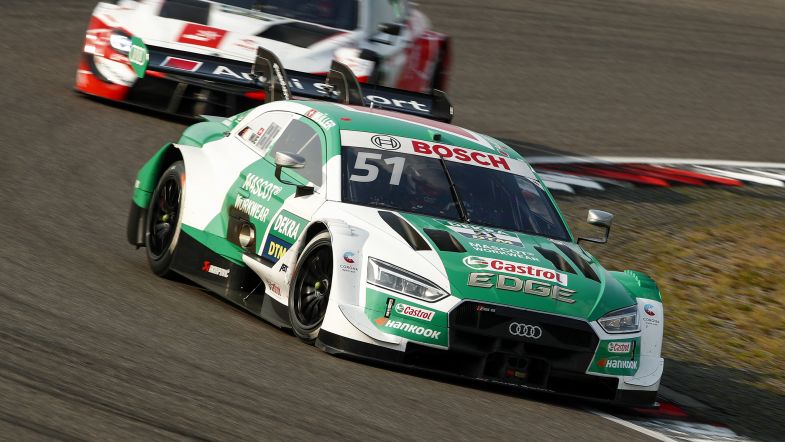 Audi Sport Team Abt Sportsline driver Nico Müller claimed his second pole-position of the year at the Nürburgring, host of the fifth round of the 2020 DTM season. The championship leader headed an Audi 1-2-3 with René Rast and Robin Frijns in positions two and three.

Müller set an almost perfect last lap to claim the pole position with 1:46.834, 0.221 seconds ahead of Rast and team-mate Frijns a distant third, almost six-tenths off the pace.

Marco Wittmann was the best of the rest for BMW Team RMG in fourth, 0.659 seconds behind Müller, with local hero and Team Phoenix driver Mike Rockenfeller next, 0.715 seconds from pole.

Ferdinand Habsburg looked strong in the first sectors for WRT, but a poor last sector saw him finishing sixth, 0.722 seconds off the pace. The Austrian was under investigation for an incident with Team Phoenix’s Loïc Duval, which involved blocking the Frenchman and edging him off the track.