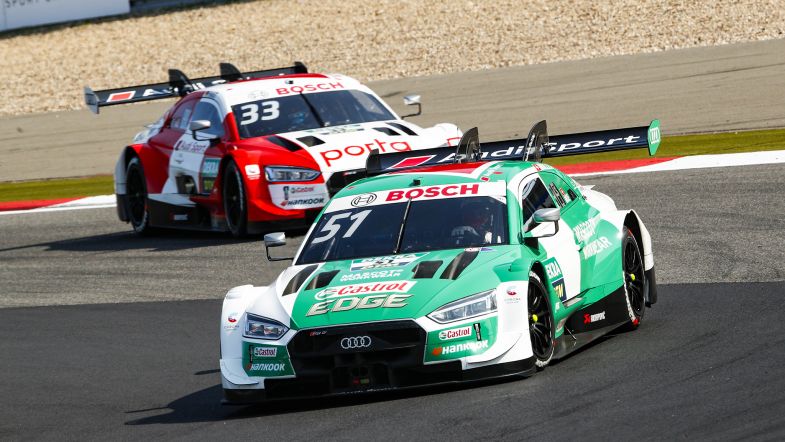 Audi Sport Team Abt Sportsline driver Nico Müller was set for another strong race on Sunday at the Nürburgring, but a faulty sensor caused the Swiss’ RS 5 DTM to lose engine power, with Müller only managing to salvage fifth position.

The Swiss started the day with yet another pole position and led the initial stages of the race.

Müller changed tyres on lap eleven, returning to the track as the virtual leader and with a good margin over team-mate Robin Frijns.

Soon after the pit stop, however, Müller started lapping significantly slower than Frijns, who overtook for the lead on lap 17.

“Apparently, a sensor problem,” said Müller. “In any case, the result was a fairly large loss of power, which got worse and worse towards the end of the race.

“I was just hoping to finish, because a DNF would have hurt a lot today. Fortunately, we saw the flag. Unfortunately, the race was two or three laps too long, otherwise it would have been enough for a podium,” added the Swiss.

“It’s difficult to say how much lost of power the sensor caused,” said Thomas Biemeier, team principal at Abt Sportsline.

“It depended on the lap but, some times, it got to up to a 70-bhp power loss, we found ourselves between one and two seconds slower than our competitors.”

Despite the technical issue, Müller leads the standings with 205 points in his account, 29 over Frijns and 46 ahead of Rast.