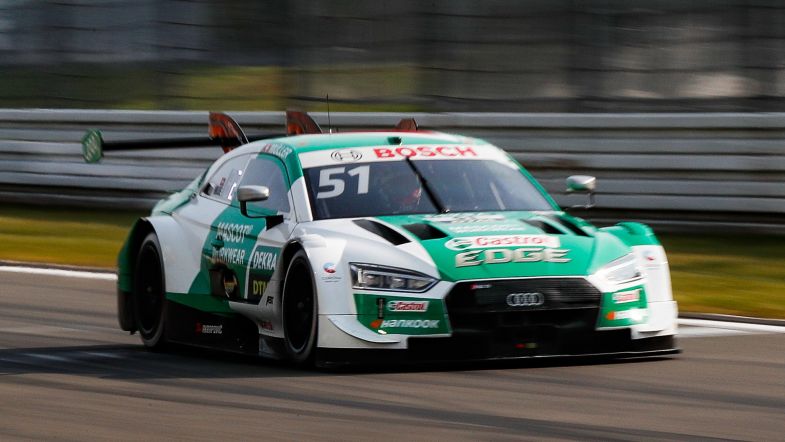 Audi Sport Team Abt Sportsline driver Nico Müller continues his unstoppable form in qualifying for the second DTM race at the Nürburgring. The Swiss headed no less than six Audis in the top six positions.

The Team Abt Sportsline drivers were the main rivals for the top positions in the last few minutes of the session, with Müller rising to the top with a time of 1:46.958.

Müller headed Frijns and Rast who, despite improving in his final attempt, had to settle for third place, 0.245 seconds off the pace.

Local Team Phoenix drivers were next in the classification, with Mike Rockenfeller and Loïc Duval ahead of Green, who couldn’t improve his lap time in his final attempt.

Sheldon van der Linde was the best of the rest for BMW Team RBM in seventh place, 0.761 seconds off the pace, followed by Team RMR’s Jonathan Aberdein.