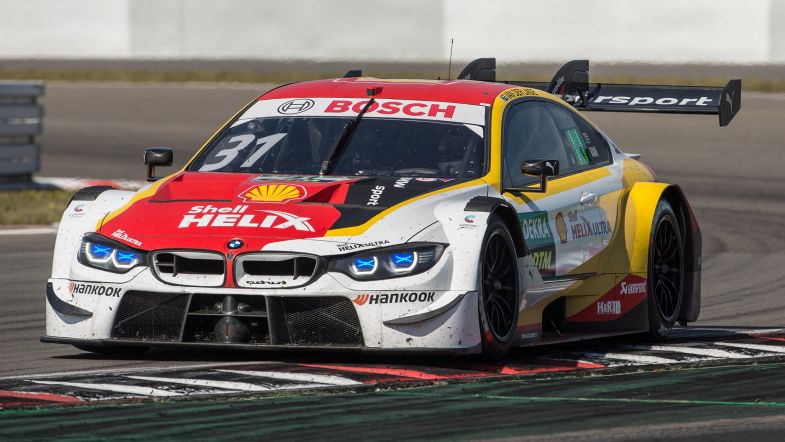 The South African finished sixth, the best of the rest behind the five works Audis, and believes he couldn’t have managed a better result under the circumstances.

The Team RBM driver qualified in seventh place on the grid behind the six Audi drivers.

At the start, Van der Linde lost two positions, which he was able to recover quickly. The South African remained close to the drivers ahead and finished the race tailing the struggling Nico Müller (Audi).

“Personally speaking, I am very pleased,” said Van der Linde after the race. “I think that today was a perfect race from a tactical point of view, and my pace.

“I am happy with the points that I scored for finishing sixth today, as the best BMW driver. Nonetheless, it hurts to see three Audis on the podium. We must make sure that we close the gap as I want to get back to the podium soon,” added the Team RBM driver.

BMW’s lack of pace compared to Audi has been a talking point since the second round at the Lausitzring, with the Bavarian manufacturer’s drivers openly admitting to being six-tenths behind their Ingolstadt-based rivals in terms of raw pace.

Motorsport director Jens Marquardt states his squad still has work to do.

“That was a tough race after a difficult qualifying session. We had to work really hard after starting from those grid positions,” said Marquardt after the race.

“We had to try a few things out with the strategy. Sheldon van der Linde did that really well and got close to the Audis, but there is a difference between getting there and actually being able to overtake.

“We don’t want to be battling for fifth to tenth places, we want to be fighting for a podium, and to do that we really have to close the gap in qualifying. All the BMW drivers were close together but the gap to Audi was larger than it was on Saturday. We have to understand the reason for that,” concluded Marquardt.

Van der Linde is the best placed BMW driver in the championship in sixth place with 72 points.

In the manufacturers’ table, Audi continues to increase the gap, leading with 690 points, now 400 points clear of BMW.