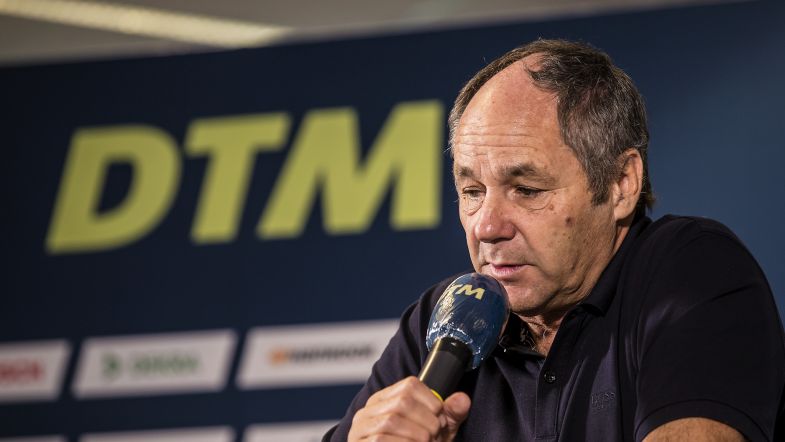 Gerhard Berger announced today the basis for the future of the DTM beyond the end of the current season, with the series moving from the current Class 1 touring cars to a GT3-based regulation called GT Pro.

Despite the change in concept, Berger confirmed that the series will continue to be named “DTM”.

“I’d love the name DTM to stay forever,” Berger said to TouringCarTimes when asked whether the series would be re-named, given it will no longer be for touring cars (DTM stands for Deutsche Tourenwagen Masters).

The plan, according to Berger, is to develop the GT Pro regulations, “with modifications that will improve the performance but without significantly increasing the costs.”

Berger claimed to have the support from current DTM manufacturers Audi and BMW, who will be exiting the current ITR partnership.

“Audi and BMW have expressed that they will support the new teams coming into the DTM,” he said. “These will be independent teams but supported by the manufacturers.”

The timeframe to establish the basis of the GT Pro regulations is from here to the season finale at Hockenheim on the 6-8th of November.

The new DTM will continue with the current format, both in the racing and weekend schedule, and also with the calendar.

“The DTM will have an international scope, with half of the races in Germany and the other half in other European countries,” added Berger. “The target is to have a calendar similar to the current one, with between eight and twelve races per year, with an optimum number of ten events per season.

“The weekend format will remain the same, with sprint races. The new DTM will provide the best GT sprint races in the world.”

Both Mercedes and BMW have stated that they won’t perform any substantial development to their current GT3 machines to adapt to the new GT Pro. Asked whether there were other manufacturers interested in the new format, Berger was elusive.

“There are many manufacturers interested,” added the 61-year-old. “We haven’t entered into any substantial conversations. When the new platform is in place, we can then start discussions with other parts.”

A key aspect is the financing of the new series. ITR was comprised of the DMSB, the involved manufacturers and other players, where all the parts invested in the championship.

“The important thing is that the 30-odd jobs we had at ITR will be preserved and this continuity will give some stability to the people who have worked in the DTM for so long,” added Berger, who now takes control via his own company BMS. “BMS is my company, I own it, and rest assured I have the finances to make this work.”

The change in regulations not only puts a premature end to the short-lived Class 1 regulations, but also puts a question mark over the future of the collaboration with the Japanese Super GT.

“Class 1 is still on the table,” Berger said to TouringCarTimes. “We haven’t completely ruled it out yet although this is wishful thinking, as the trend will go now towards the new regulations.

“We wanted to make the Class 1 successful, but it hasn’t succeeded because of Audi’s withdrawal. My commitment to the Japanese Super GT and Masaaki Bandoh (series chairman) continues and I’m confident that we will continue to cooperate.”

The Japanese Super GT has already confirmed that it will continue with the current Class 1 cars, which made their debut this year, until 2023.