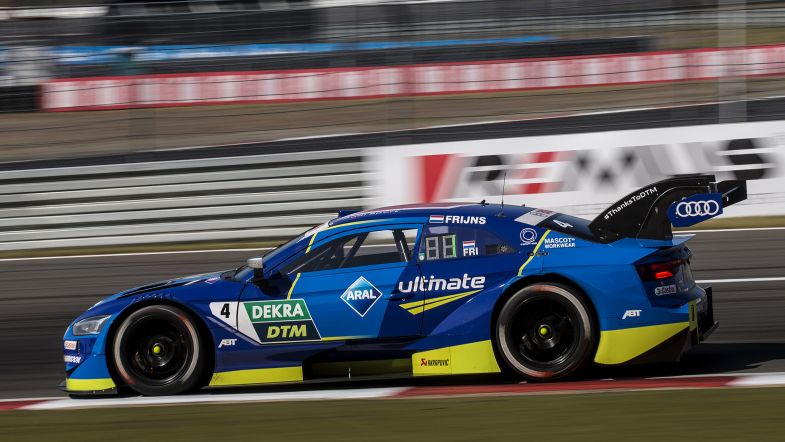 Robin Frijns flies to pole position at the Nürburgring

Audi Sport Team Abt Sportsline driver Robin Frijns claimed his fifth pole position of the DTM season for the second race at the Nürburgring sprint circuit. The Dutch driver claimed pole ahead of WRT’s Ferdinand Habsburg, who claimed his best-ever DTM qualifying result.

The field returned to the track for their final runs at the end of the session, with René Rast initially rising to the top but was quickly beaten by Habsburg and Nico Müller.

Rast could only manage fourth position, 0.335 seconds behind Frijns, with Team RMG’s Marco Wittmann the best-placed BMW driver in fifth place, 0.385 seconds off the pace.

“The momentum is on my side now,” said Frijns after the session. “I was really happy with my lap, I knew it was good whilst I was at it, so it’s all good.”

Müller leads the championship on 217 points, with Frijns just eleven points behind and Rast 37 points adrift.