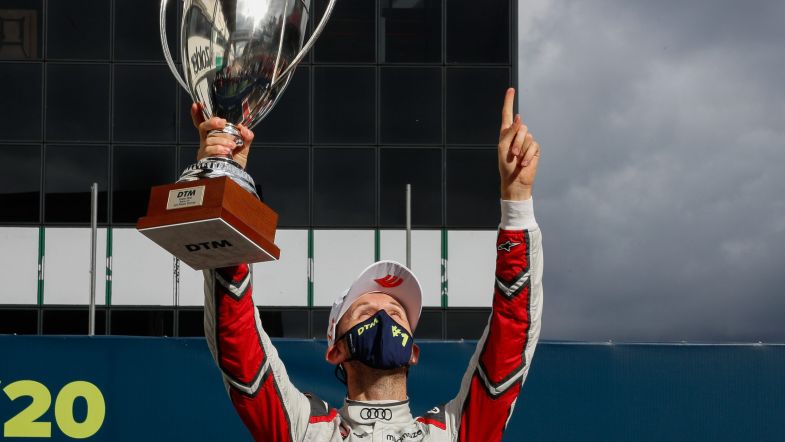 René Rast has climbed to second place in the DTM standings, ten points behind fellow Audi driver Nico Müller after what he says was a “crazy” final race at Zolder.

“This was a crazy race in which many things happened,” said Rast.

“The fire on the starting grid. At the start from three to one even before the first corner. The safety car.

“We made the right decisions today and had a perfect car again. I’ve always said that one or two races can decide everything and things can turn around very quickly again. You saw today what can happen.”

Müller meanwhile finished ninth in the final race and was left disappointed after missing out on pitting before a safety car session.

“René and Mike (Rockenfeller) got the pit board even before the yellow flags were out,” said Müller.

Audi Sport Team Abt Sportsline managed to secure the team championship title with two race weekends remaining of the 2020 season.

“The team has shown a great performance all year long. And everyone who knows us knows: we will come back strong.”