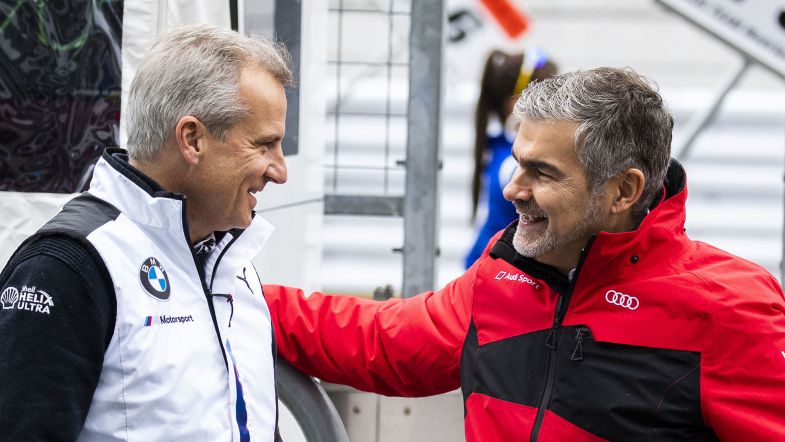 The DTM will move to new GT Pro regulations next year but Audi and BMW – the manufacturers currently involved in the series – have both said they are hesitant about developing specifics for the new class, which will feature enhanced GT3 models.

The new GT Pro is expected to feature revised aerodynamics and a Balance of Performance system, but the move to a sprint race format with standing starts is proving to be controversial given that it will leave GT3 cars requiring further technical modifications; such as a new clutch.

“Normally, we wouldn’t want to invest in the cars,” Audi Motorsport Dieter Gass boss told TouringCarTimes. “We would prefer to not to have to invest, but I haven’t seen anything substantial in the regulations yet that says we have to invest.”

Gass’ counterpart at BMW Motorsport, Jens Marquardt, is concerned about how far the development of the standing start system would need to go.

“Our M6 GT3 is a few years old and has passed its peak, and we aren’t going to spend development money into an old car,” he said.

“In this sense, Gerhard must ensure to not make the mistakes from Class 1. If he wants standing starts, he must ensure it’s just a question of using the clutch manually, and not with all the electronics and driver assistance systems we currently have.”

While BMW has hinted that the introduction of the new M4 GT3 could be moved forward, the teams are likely to have to use the older M6 DTM model.

“The M6 is an old car and it’s not in production anymore, so any teams interested in competing in the DTM next year are teams which should already have the M6,” said Marquardt.

“It’s still quite a successful car, but no new units can be built, so the teams must already have the car.”