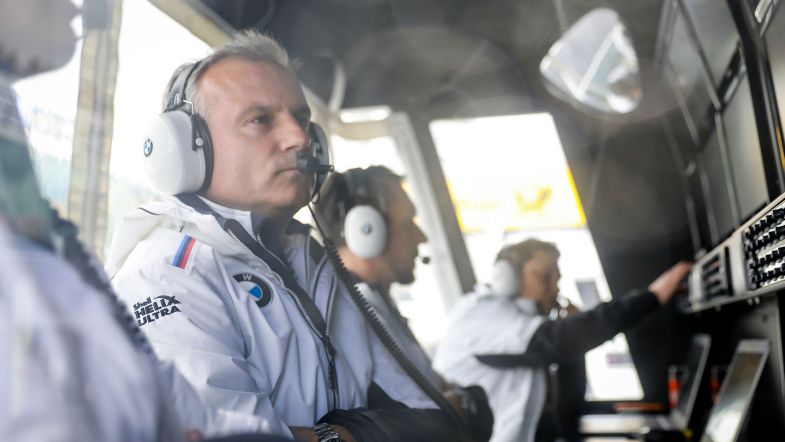 Jens Marquardt will step down from his role as BMW Motorsport boss from 1 November, after ten years in the role.

Marquardt took over from Dr. Mario Thiessen at the beginning of 2011, with the manufacturer involved in the DTM, WEC, Formula E, IMSA and endurance and GT racing under his supervision.

The 53-year-old will now oversee the Pilot Plant, dedicated to the construction of prototypes at the BMW Group.

Markus Flasch, CEO of BMW M GmbH – which will take over the racing activities for BMW – will take interim charge of BMW Group Motorsport, although it’s not clear who’ll take on the role in the long term.

The official involvement in the FIA Formula E World Championship and GT racing will continue, with the DTM set to become a customer racing competition under Gerhard Berger’s ‘GT Pro’ new regulations.

Frank Weber, Member of the Board of Management of BMW AG, Development, thanked Marquardt for his contribution to the Group’s successes in the last ten years.

“Jens Marquardt has been responsible for our involvement in motorsport since 2011,” he said. “During this time, we have achieved great success: the DTM titles in 2012, 2014 and 2016, as well as various overall and class victories at endurance classics like Daytona, Spa and, most recently, the 24-hour race at the Nürburgring. I would like to thank Jens Marquardt and his entire team very much for that.”

Marquardt was responsible for BMW’s return to the DTM in 2012, winning the title with Bruno Spengler in 2012.

The manufacturer succeeded again, this time with Marco Wittmann, in 2014 and 2016, with the Team RMG driver becoming the youngest two-time DTM champion in history.

BMW also won the constructors championship in 2012, 2013 and 2015, but entered a dry spell with the arrival of the Class 1 regulations and the 2-litre turbo engine, with a clear lack of competitiveness against Audi Sport.

Marquardt also faced criticism for the enormous development costs of the M8 GTE, which was only used for two years at the Le Mans 24 Hours and in the WEC.

“I will always have emotional memories of the past ten years,” added Marquardt in a statement. “I have experienced all the highs and lows of motorsport with an exceptional team. The overall victory at the Nürburgring 24-hour race was the icing on the cake at the end of this exciting time.

“I am very grateful to BMW Group and the whole motorsport family for all these memories. After 25 years in motorsport, I am very much looking forward to a new challenge.”