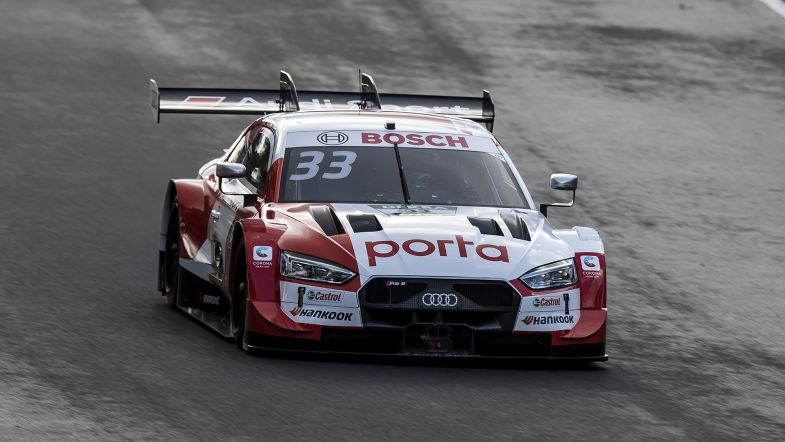 Championship leader Nico Müller was fourth for Team Abt Sportsline, half-a-second behind Rast, with Fabio Scherer in fifth place, 0.542 seconds off the pace. His WRT team-mate Harrison Newey was next, seven-tenths behind Rast.

Robin Frijns finished seventh in the second Audi of Team Abt Sportsline, 0.715 seconds off the pace.

Track action for the DTM resumes on Saturday morning for the qualifying session for Race 1 at 10:35 CEST.